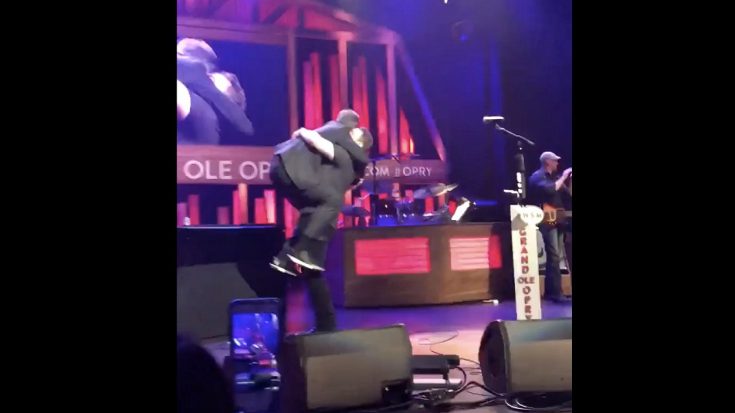 One of the greatest honors that can be bestowed upon an artist is to be asked to join the Grand Ole Opry. Over the years the Opry has surprised numerous artists with invitations and the reactions are always epic. But, Tuesday night (August 29) one artist gave us the reaction of a lifetime when Vince Gill surprised him with a coveted invite.

Country star Chris Young was performing on the Opry Tuesday night when Vince Gill issued the invitation. The shocked “I’m Coming Over” singer responded by pacing the stage before embracing and picking up Gill. Vince, a 26-year Opry veteran, was obviously amused by Young’s reaction.

After the two men composed themselves, Young kissed the hallowed Opry circle before officially accepting the invite.

Young will be inducted in a special ceremony on October 17, 2017.

Congratulations to Chris Young! Watch his touching reaction to the invitation to join the Grand Ole Opry in the video below.