Brick Thrown Through Country Stars’ Bus Window While On Tour 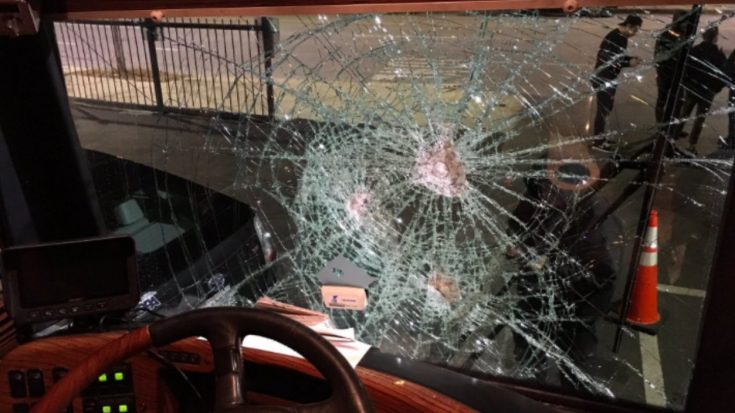 It was a scary night for Dan Smyers and Shay Mooney, better known as Dan + Shay.

While on tour in Baltimore, Maryland, the duo returned to their bus to find that a brick had been thrown through the front windshield. The men shared a photo of the damaged tour bus on Twitter.

Someone threw a brick through our bus window. The world is a fucked up place. pic.twitter.com/FuLJy4hdVc

In a follow up post, Dan + Shay revealed that they caught the suspect on video, but refused to share the footage saying “Would post the video, but the dialogue is completely vulgar, offensive, and inappropriate. Scary.”

We caught the guy on camera. Would post the video, but the dialogue is completely vulgar, offensive, and inappropriate. Scary.

Smyers and Mooney have too much to look forward to in the coming year to let the vandalizing Grinch ruin their Christmas season.

Gonna have a new band member in the Mooney family… ? 2017 is gonna be the start of our best adventure [email protected] ? pic.twitter.com/nH6NS7uv8I

The other half of the country duo, Dan Smyers, announced his own engagement to longtime girlfriend Abby Law just last month.

We are gonna save all the animals together, FOREVER! I love you, @Abby_Law! ???

(And yes, the Hawaii rainbow is real) pic.twitter.com/Yzg1NoevKs