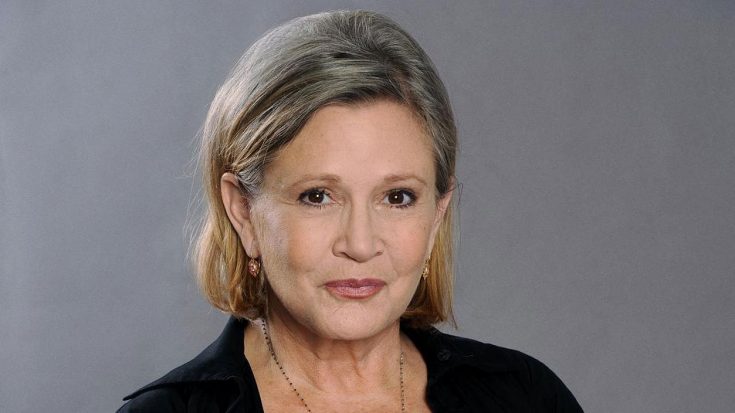 The actress who rose to fame playing Princess Leia in the Star Wars films has reportedly had a massive heart attack.

While on a plane from London to Los Angeles’s LAX airport, Carrie Fisher went into cardiac arrest 15 minutes before the plane landed in LA, according to TMZ.

According to multiple reports, an EMT aboard the flight was administering CPR and United Airlines crew reported Fisher was “unresponsive” when they landed. Emergency vehicles rushed her to a nearby hospital.

Passengers aboard the flight detailed the experience on Twitter.

Don’t know how else to process this but Carrie Fisher stopped breathing on the flight home. Hope she’s gonna be OK ?

I’m in complete shock. @AnnaAkana and I sat in front of Carrie Fisher on our flight from London and she was just taken off the plane by EMTs

According to Entertainment Weekly, United Airlines released the following statement.

“Medical personnel met United flight 935 from London to Los Angeles upon arrival today after the crew reported that a passenger was unresponsive. Our thoughts are with our customer at this time and any requests for additional information should be directed to local authorities.”

Recently, Fisher has been on a press tour for her book, The Princess Diarist. She also appeared in last year’s Star Wars: The Force Awakens and had just wrapped filming the next Star Wars installment.

We are praying for Fisher and hope she gets through this!

UPDATE: Fisher is on a ventilator at UCLA Medical Center, according to TMZ.

Her Star Wars co-stars and fellow actors have been sending her their love on social media.