By Manly Bryant on April 9, 2018
Advertisement 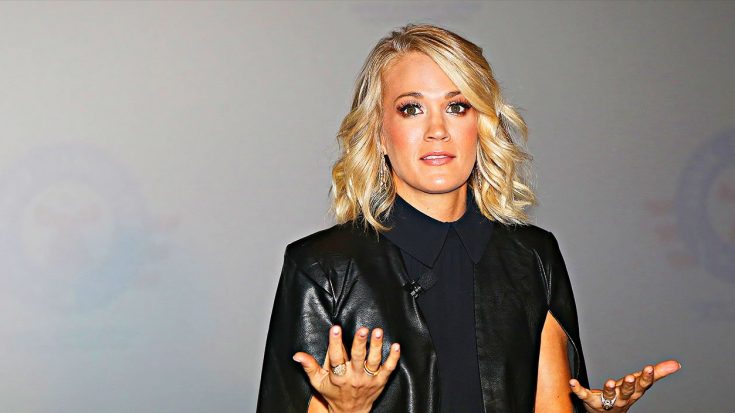 Not even 40 stitches can stop Carrie Underwood from doing what she loves.

The country superstar is back at it again in a new post to social media and fans can’t contain their excitement.

For the first time since her iconic Super Bowl anthem was released in January 2018, Underwood has started turning the wheels on a whole new music project.

“The Champion,” which featured rapper Ludacris, was Underwood’s first single since she closed out her Storyteller World Tour in November 2016. Now, she’s getting amped up and being bold with a whole new look to match her music.

Out of the blue, Underwood surprised fans with a release date and album artwork for her forthcoming new, untitled, single. Taking to Instagram, she simply shared a photo of her left eye (with crying glitter) along with a caption announcing the single’s debut.

“This Wednesday, April 11. 6am ET,” she wrote below the artwork.

Beyond just announcing a new single to be released this week, Underwood was also confirmed as a surprise performer for this year’s ACM Awards on Sunday, April 15th.

The Academy of Country Music issued a press release shortly after Underwood’s new music announcement that stated not only would she be performing – but that she’d be singing her brand new single!

What do you think about her dramatic new album artwork? Are you going to be watching the ACM Awards just to catch her performance?

Watch the video for Carrie Underwood’s latest single, “The Champion,” below and let us know in the comments.