Carrie Underwood Falls 14,000 Feet, Has Photos To Prove It 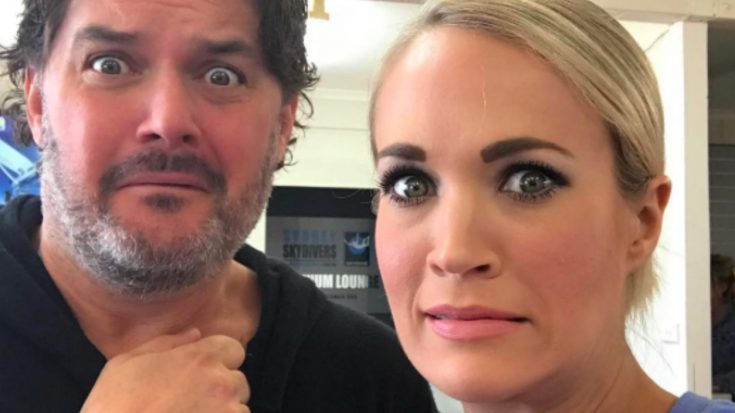 Saturday was a big day for Carrie Underwood as she got to cross a major item off of her bucket list.

The 33-year old singer is currently touring in Australia with Keith Urban, but took some time to do some thrill-seeking while there. Throughout the day Saturday, Underwood gave clues as to what she might be up to by lip-syncing to a series of songs such as Tom Petty’s “Free Fallin’” and John Denver’s “Leaving on a Jet Plane.” She finally revealed that she would be skydiving by lip syncing to Tim McGraw‘s “Live Like You Were Dying.”

What are we doing today?

The American Idol champ shared a brief video and a series of photos after she had both feet safely on the ground.

Underwood also posted a photo showing off her skydiving certificate in which she used her married name, Carrie Fisher.

But, the final photo she shared is hands-down our favorite because we agree with Carrie, she totally looks like a superhero!

Ok, one more because this filter makes us look like superheroes! #sydney #skydiving #freefalling #ItsABird #ItsAPlane