Carrie Underwood & Family Step Out In Style For Special Event 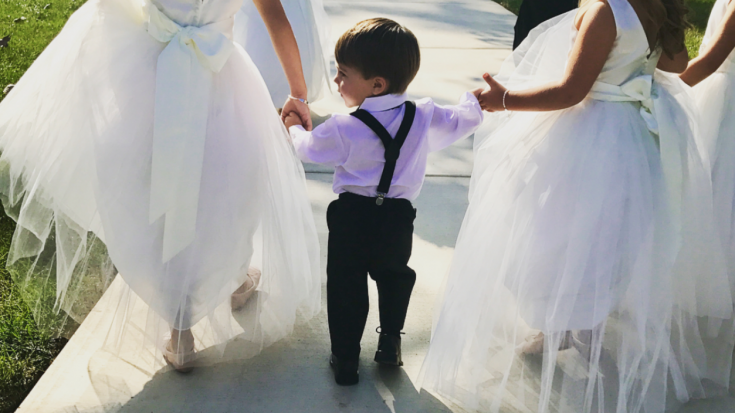 Carrie Underwood and Mike Fisher have been laying low since Fisher’s retirement from the NHL earlier this year. Fisher wrapped up his 17-year hockey career as captain of the Nashville Predators shortly after Carrie wrapped her 2017 tour.

With the exception of a few social media posts showing the Fishers enjoying their fun bedtime routine or quality family time at the lake and farm, the couple has remained mostly quiet in recent months as they make the most of their new-found free time. But, in a new social media post, Underwood shares a rare photo of her family as they attended the wedding of Hunter Schleicher, daughter of Carrie’s stylist, Melissa.

In the series of three photos, Mike and their son, Isaiah, can be seen dressed to the ‘T’ as they walk hand in hand at the wedding venue. Another photo shows Isaiah looking sharp in a lavender dress shirt, black slacks and suspenders as he walks with what looks to be part of the wedding party. The final photo is a close-up of Mike and Carrie who look as cute and happy as ever.

What a beautiful night last night! Before God, family and friends, @hunterschleicher and @cameronpremo declared their love for each other and tied the knot! Thank you guys for allowing us to be a part of it! On a separate note: my boys looked so handsome! ❤️❤️

Carrie will be making her next big public appearance on November 8 when she co-hosts the 51st annual Country Music Association Awards at Nashville’s Bridgestone Arena alongside Brad Paisley.