By Jennifer Pernicano on April 16, 2018
Advertisement 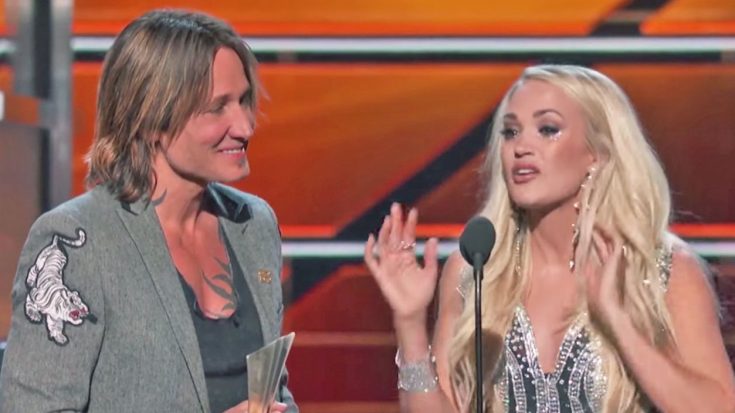 For the past five months, Carrie Underwood stayed out of the limelight. She has been recovering from a fall in November that left her with a broken wrist and needing 40-50 stitches in her face.

In a note to her fans on New Year’s Day, the “Cry Pretty” singer revealed just how serious her accident was.

“I’ll spare you the gruesome details, but when I came out of surgery the night of my fall, the doctor told [husband] Mike that he had put between 40 and 50 stitches in.”

She added that she was healing, but “not quite looking the same,” and wanted to let fans know why she would look a little different once she was ready to get in front of a camera, or perform, again.

Well, it seems that the ACM Awards was the moment that she was ready to get in front of a camera again because it became her first public appearance and performance since the CMA Awards in early November.

She sang her brand new single “Cry Pretty,” where she received a 29 second standing ovation, and won Vocal Event of the Year with Keith Urban for their duet, “The Fighter.”

While accepting the award together, Underwood became emotional thanking the fans and country radio for the support.

“Thank you for having me,” she said choking up. “I’m still kind of shaky right now.”

After a long embrace between the singers, they walked off stage, where a camera caught Urban comforting her while she looked visibly emotional. See that clip below.

Watch her acceptance speech with Keith Urban below.