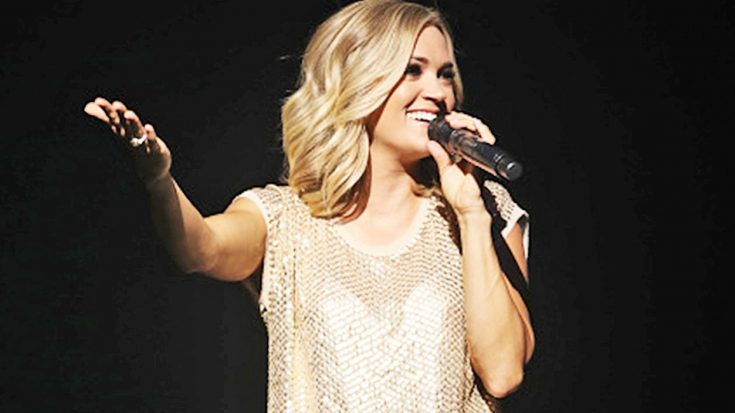 Back in 2005, a blonde Oklahoma-native with a powerful voice was crowned the fourth winner of American Idol. Twelve years later, Carrie Underwood has become a household name on a global scale, selling out arenas on a national level.

Now, in 2017, the show that made her career is returning to television on its new home station of ABC, the first scheduled taped auditions with the judges just a few weeks away. Ryan Seacrest has signed back on to host the singing competition series and popstar Katy Perry has been locked down as a first official judge. However, the question stands, who will fill the other two spots?

While Underwood has not been named a judge of the American Idol relaunch, the 34-year-old singer revealed she couldn’t be more excited about the series’ return to television because it gives artists like herself a chance to make it in the big leagues.

“I love it when there are things out there that give people like me a chance,” shared Underwood with Hollywood Life at the CALIA Fashion Panel Workout Event in NYC regarding the return of American Idol. “Any shows like that that give an unknown an opportunity, I think is a really great thing.”

Since Underwood made the decision to audition for Idol, she has released five platinum-selling albums, won seven Grammy Awards and eight CMA Awards, in addition to achieving every country artist’s dream of being inducted into the Grand Ole Opry.

You can watch her audition for American Idol back in 2005 below!