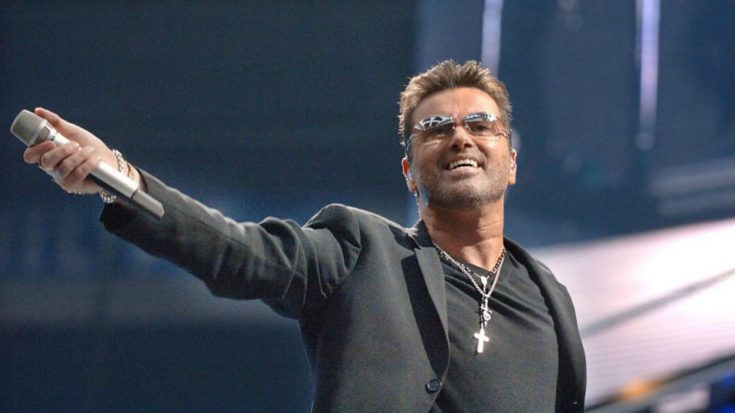 George Michael, British pop superstar, has passed away at the age of 53. Michael first rose to fame as a member of the duo Wham! with songs such as “Wake Me Up Before You Go-Go” before embarking on a successful solo career.

In a statement, the star’s publicist said:

“It is with great sadness that we can confirm our beloved son, brother and friend George passed away peacefully at home over the Christmas period.

“The family would ask that their privacy be respected at this difficult and emotional time. There will be no further comment at this stage.”

Police say there were no suspicious circumstances surrounding Michael’s death.

Country superstar Carrie Underwood is a long-time fan of George Michael, even telling British press in 2012 that he’s her dream duet partner.

“George Michael is at the top of my list. I’ve been listening to him literally my whole life. I had the Wham! tape and I wore that thing out. To duet with him would be amazing, I would love to. There’s nobody else that has a voice like his.”

Underwood told The Sun that she grew up listening to George Michael and fell in love with his voice the first time she heard it. “Even from being three or four years old, I’m just loving his voice and I’m, like, stealing my sister’s cassettes and listening to him – before I knew what he looked like, where he was from or anything. I just loved his voice.”

A year ago, Underwood appeared on the Late, Late Show where she and host James Corden sang some Wham! hits in an epic Carpool Karaoke session in which the American Idol champ admitted she knew every lyric to every song from the Eighties duo.

In 2008, George Michael sang his last US chart-topping hit “Praying For Time’ during the American Idol finale. Watch Michael’s touching performance below.

Our prayers are with George Michael’s friends, family, and fans at this time.