Carrie Underwood’s Husband Reveals Secret He Had To Keep Quiet 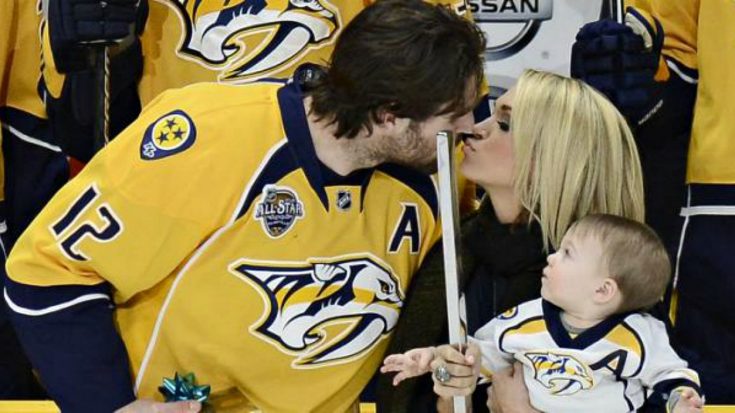 Carrie Underwood and her hubby, Mike Fisher, were recently entrusted with a secret. The secret was revealed when Underwood appeared on the ice prior to Monday (April 17) night’s Stanley Cup playoff game between Fisher’s team, the Nashville Predators, and the Chicago Blackhawks.

Underwood’s unannounced performance of “The Star-Spangled Banner” was kept tightly under wraps. The secret was so hush-hush that most of Fisher’s teammates weren’t even aware that the Grammy Award winning singer would be performing.

Fisher opened up about his wife’s surprise appearance during a recently interview with Nashville news station WKRN.

“It was fun, it was a cool moment. You know, it got all of the guys fired up and, you know, the crowd was amazing and you know, it was awesome!”

The American Idol winner often cheers her husband on from the stands, but this is the first time she’s had the honor of opening a game with the National Anthem. Fisher’s teammate, forward Harry Zolnierczyk, told NHL.com that Underwood’s appearance was the perfect way to kick off their first home game of the playoff series.

“Obviously, you are just overwhelmed by the entire energy of everything. Carrie comes out with the surprise and the place was going nuts. It was all one big, kind of crazy moment. It was a lot of fun. It was great to see the fans into it,” Zolnierczyk said.

Check out Carrie Underwood’s performance of “The Star-Spangled Banner” in the video below.