Carrie Underwood’s Newest Photo Of Isaiah Will Melt Your Heart

By Miranda Raye on April 19, 2017
Advertisement 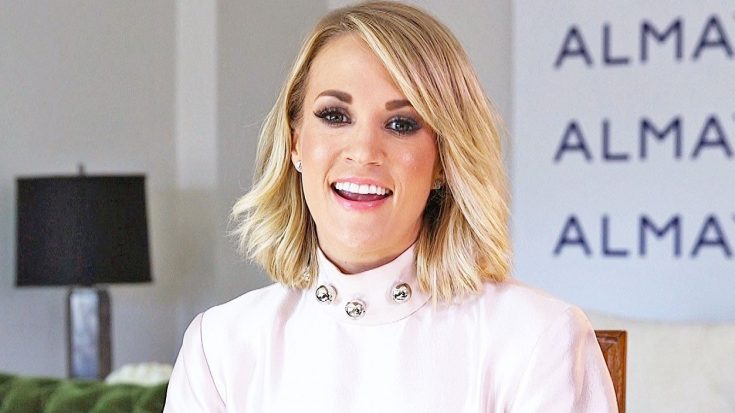 Carrie Underwood‘s son Isaiah is the star of her social media accounts. Fans have enjoyed watching him grow through the photos and videos that Carrie and her husband, Mike Fisher, share of their adorable little boy.

Following her massive Storyteller Tour last year, Carrie revealed that she’s taking a bit of a break right now to enjoy “being a mom and being a wife.” Some started to speculate that this break could be a sign that Carrie and Mike are ready to start trying for another baby. Carrie set the record straight on that in early April.

Although she didn’t confirm or deny that she and Mike are trying for another baby, she did say they are “on God’s timing or whatever you might call it.” Carrie also shared that she doesn’t think Isaiah is quite ready to be a big brother yet.

“As a matter of fact, if a dog climbs up on my lap, I feel like he gets a little jealous!” she said.

But a new photo shows that Isaiah may be more tolerant of a new baby than Carrie thought. On Wednesday (April 19), Underwood shared an adorable picture of Isaiah with his baby cousin, Wesley. The photo showed the two boys relaxing on the floor while they enjoyed some morning cartoons.

“Wesley makes Isaiah look so big!” Carrie wrote in the photo’s caption. “I can only imagine the trouble these two are going to get into with the rest of their cousins in a few years!“

Morning cartoons with Cousin Wesley…❤️ Wesley makes Isaiah look so big! I can only imagine the trouble these two are going to get into with the rest of their cousins in a few years!

It’s crazy to think that it wasn’t that long ago when Isaiah was as small as Wesley. Carrie’s little boy sure is growing up fast!

So far, it seems like Isaiah may end up following the same career path as his mother. He’s already displayed some pretty impressive singing skills!

Just listen to the video below of Isaiah singing “Jesus Loves Me” along with Carrie in the car. It’s sure to make you smile.