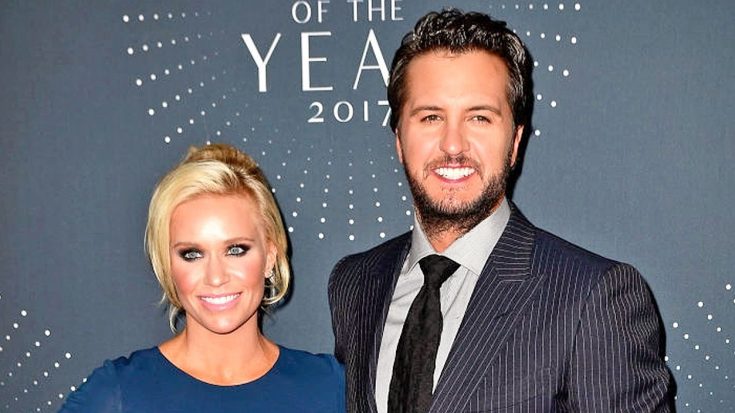 Luke Bryan and his wife, Caroline, met way back in college. Luke was a senior and Caroline was a freshman, and they quickly fell in love.

The couple married on December 8, 2006 and now have two sons, 9-year-old Bo and 7-year-old Tate. Luke and Caroline are also raising their nephew Til, since his parents have both passed away.

Every time there’s a major country music event, you can bet that Caroline will tag along as her husband’s date. So when the CMT Artists of the Year event rolled around on Wednesday (October 18), Caroline was right there by Luke’s side.

In addition to all of the spectacular performances, there was one thing that had a lot of people chattering after CMT Artists of the Year aired. That one thing was a brand-new ring that Caroline was seen sporting on her left hand.

Luke gave everyone a better look at the new sparkler when he posted a photo from the CMT Artists of the Year event. The photo shows him and Caroline sitting next to each other at a table and smiling directly at the camera. Caroline’s new ring is also placed on full display in the photo, and it’s gorgeous!

Thank you for having us @cmt #CMTAOTY

People spoke to Luke about his wife’s new ring, and he first made a joke about it, saying, “Oh yeah, I came with that one right out the gate.” Of course, he was only kidding, and he confirmed that the ring was actually an upgrade from the original engagement ring he gave Caroline when he proposed.

Luke said that he gave the ring to Caroline as a gift for their tenth anniversary last year. “It was a little ten-year anniversary gift,” Luke said. “It was certainly the least I could do!“

We’d say he did a pretty good job, wouldn’t you?