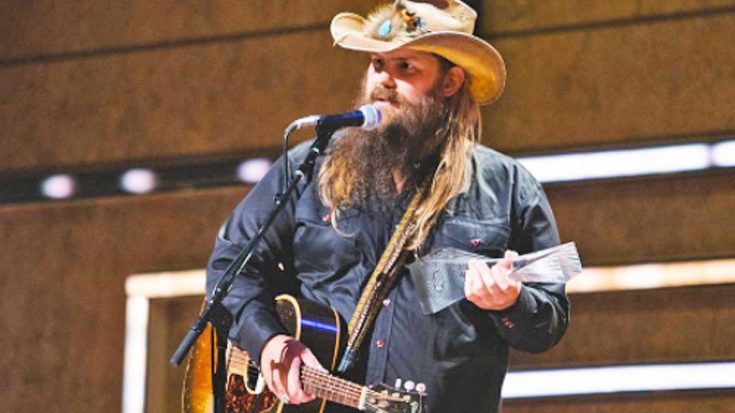 Remaining mostly silent on rumors surrounding a follow-up to his debut solo album Traveller, Chris Stapleton thrilled fans Wednesday (April 5) with major news on the matter. The country superstar invited members of the music community to RCA Studio A in Nashville to share new music along with surprising news on the nature of his second studio album.

“I’m real proud of this record,” Stapleton shared with the crowd according to The Tennessean. “We made it right here in (RCA Studio A) like the last one. We camped out in here … and had a lot of fun recording things.”

The first half of the album will consist of nine songs, eight co-written with frequent collaborators of the artist from way back when he first moved to Music City U.S.A.

The release of From A Room: Volume 1 marks the first music officially released by Stapleton since his double platinum album Traveller, which was named “Album of the Year” by both the Academy of Country Music as well as the Country Music Association.

You can listen to “Whiskey and You” from Traveller below.