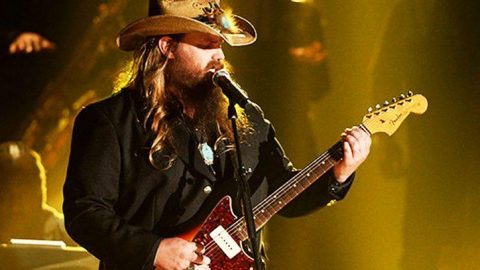 Country music sensation Chris Stapleton has been praised for his success in bringing back the classic country music sound that many believe has been lost in translation.

While the singer wrote various hit songs for big-name artists like Kenny Chesney and George Strait, it was his own voice that earned him a profound following and recognition from award associations.

Stapleton debuted his studio album Traveller in 2015, immediately sending his name into the conversations of country music fans worldwide. The album was instantly loved for infusing the old-fashioned, southern rock elements with his new brand of modern country music.

The hit song told of a man who had recently lost the woman he loved, openly admitting that he essentially has nobody to blame but himself for her departure. The singer’s striking vocals carry through the lyrics, bringing an emotional connection between Stapleton and his audience.

Check out the song below and tell us what you think!