Chris Stapleton Reveals Mid-Concert That His Wife Is Expecting Twins 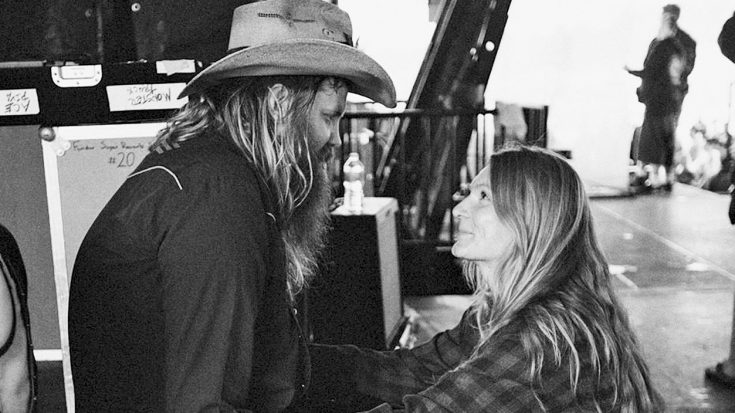 Chris Stapleton sure knows how to make an announcement! During his Dallas concert on Saturday the “Tennessee Whiskey” singer revealed that his wife, Morgane, is expecting twins.

While introducing his bandmates, including his wife who sings with him on stage, Stapleton said, “She’s the mother of my two kids, and she’s about to be the mother of two more,” he said.

Morgane herself shared the news on Monday (October 30), the couple’s 10th wedding anniversary.

“14 years, 2 babies, & 2 more on the way. Happy 10 year anniversary babe! You make my whole world go round,” Morgane captioned a photo of the couple.

“Eventually he asked me to write a song with him, and that ended up being our first date,” Morgane Stapleton recalls. “We didn’t get much writing done that night.”

The Stapletons, who married in 2007, already have a son and a daughter.

Congratulations to Chris and Morgane!