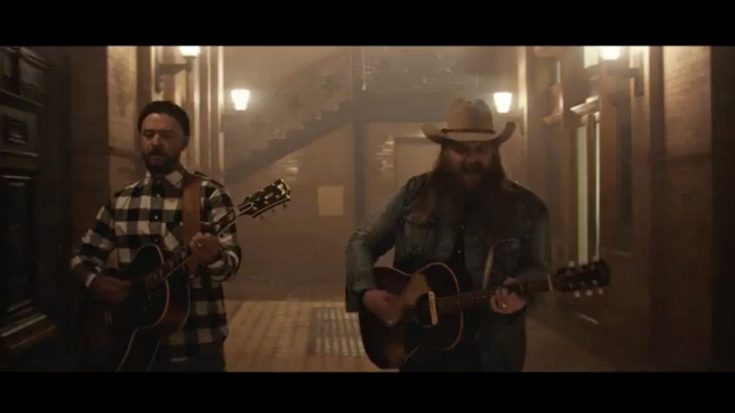 The wait is almost over! In less than 24 hours the new duet from Chris Stapleton and Justin Timberlake will be released, and we couldn’t be more excited!

Two years ago Chris Stapleton took country music by storm when he earned the CMA Awards triple crown (Male Vocalist of the Year, New Artist of the Year, and Album of the Year). In addition to raking in some major awards, Stapleton teamed up with his friend and fellow artist Justin Timberlake for what would become one of the most talked about performance in country music awards show history.

The collaboration on Timberlake’s song “Drink You Away,” and Stapleton’s rendition of the George Jones classic, “Tennessee Whiskey” launched Stapleton to superstardom and left fans begging for more. Thankfully, the wait is nearly over as the song is scheduled to be released on Thursday (January 25).

On Wednesday (January 24), both Chris and Justin shared a 23-second teaser for the video for the song, “Say Something” that will appear on Timberlake’s soon-to-be released album Man of the Woods. Listen to the teaser for the first ever recorded collaboration between Justin Timberlake and Chris Stapleton in the video below.

Proud to be a part of this my friend @justintimberlake #saysomething