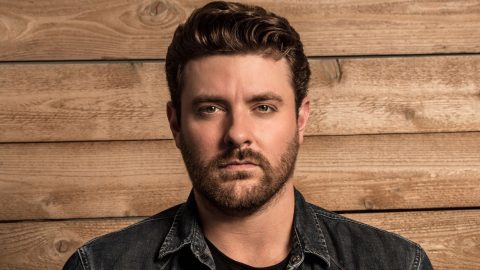 The country star wasn’t going to sit around and just let this happen to her, so he took matters into his own hands.

Chris Young and Cassadee Pope have been friends for years – so close of friends that many people have speculated that they’re romantically involved, but that’s just simply not the case.

These two each connect over many things: country music, competing on national television, and growing their musical skills while in Nashville.

While they aren’t dating, that doesn’t mean that Chris isn’t willing to stand up and defend one of his dearest friends when they come under attack from self-labeled “country fans”.

After their duet, “Think of You” stormed the charts, these two have been performing it together as often as possible, but when their touring schedules don’t quite sync up, they have others fill in for their missing partner. This is exactly what happened during the Route 91 Harvest Music Festival in Las Vegas.

Sadly, some fans liked the absence of Cassadee Pope more than the original – and decided to publicly shame her in front of Chris Young.

Thank you @ChrisYoungMusic for not making us have to hear @CassadeePope‘s overly autotuned voice during Think Of You. #Route91

When Chris got wind of Fortney’s comments on his performance at the festival, he went into a full-on blast of the Twitter user with some words of his own.

I don’t normally respond to tweets like this, but you’re an asshole. #cassisbadass @CassadeePope saw this btw. Jerk. https://t.co/dZxGOLZivK

And Chris was right. Cassadee did happen to see the tweet that Fortney posted earlier in the day…so when she discovered Chris’ superman-rescue tweet, she put her hands in the air!

What do you think of this “fan” and his comments?

Check out the music video for their #1 duet below!