CMT Confirms The Fate Of ‘Nashville’ 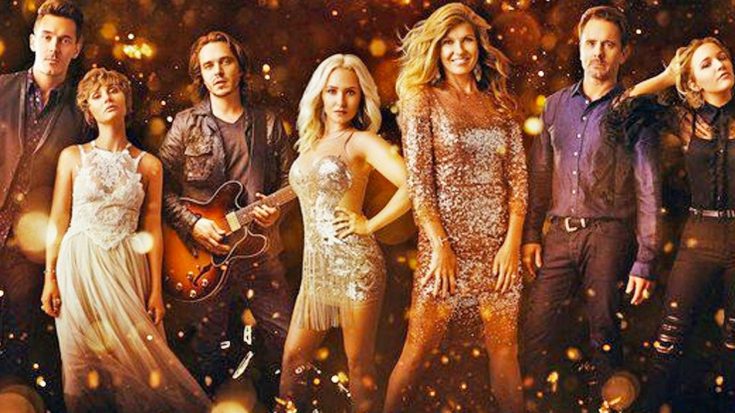 The cast of Nashville will be taking their final bow in 2018.

After five seasons and two networks, CMT made the announcement the series will be coming to an end with the sixth season in 2018. Nashville premiered on ABC back in 2012, the network canceling the series after four seasons before the show was picked up by CMT, the network airing the final two seasons.

“All of us on Nashville are so incredibly grateful to the show’s fans, who convinced CMT to give us a chance to keep telling the story of these remarkable characters,” executive producer Marshall Herskovitz said in a press release according to Entertainment Weekly. “And we want to return the favor with a final season that celebrates all the joys and passions, twists and turns — and amazing music! — that made Nashville such an exciting journey for the last six years.”

The sixth and final season of the country music themed series will feature 16 episodes and will be aired in two parts, premiering Jan. 4 before taking a midseason break. The series finale will air in the summer of 2018.

“After more than 120 episodes of unforgettable television, we believe that creatively it is time for the series to come to its triumphant close at the end of the upcoming season,” said Chairman of Lionsgate Television Group, Kevin Beggs. “We’re very proud of our incredibly talented cast and crew, the creative brilliance of our showrunners, and the loyal support of our great partners at CMT, Hulu, and ABC Studios. Most importantly, we owe a special debt of thanks to the Nashville fans who propelled the series to an incredible run. We owe it to them to make the sixth season the most exciting and memorable of all.”

You can watch the Season 6 preview below.