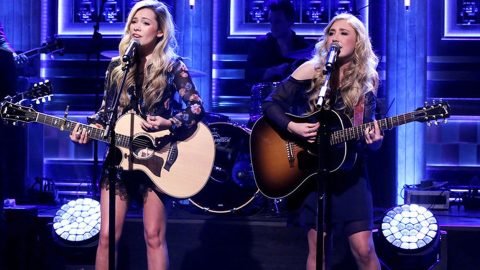 3 Texas men destined for a duck hunting trip were found dead in a tragic discovery last Saturday, striking their town and families with sudden grief, according to CBS. The men, ranging from ages 18 to 25, had set off bright and early for their anticipated hunting trip, launching off their 17-foot green, flat-bottom boat for an adventure that was expected to wrap up later Friday morning. However, when word on the men’s location or well-being had yet to be known, a girlfriend of one of the then missing men contacted authorities. Upon the Coast Guard initiating a mass search, the three hunters were found dead. However, no foul play has been suggested.

This heartbreaking story struck close to home for country music duo Maddie & Tae, as Maddie deeply spoke to radio station KHOU about her disbelief of the horrendous outcome. “Me and my dad, we went duck hunting in that area on Christmas Eve,” Maddie explained. “It could have been anyone of us.”

The duo rose to fame with their lovable personalities and hit songs such as “Girl In A Country Song” and “Shut Up And Fish”, showcasing their musical talent and original songwriting capabilities.

The singers are using their platform to raise money for the affected families by auctioning off signed guitars and tickets to their Houston concert. In addition to the duo’s efforts, a GoFundMe page has been initiated in hopes of assisting the families as best as possible after this devastating loss.

Any donations are highly appreciated, as we send our warmest thoughts and deepest prayers to the family members and loved ones of these three men.