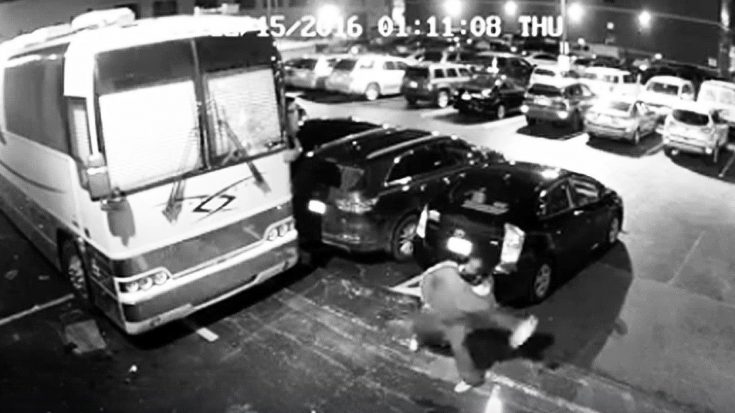 While stories of disgruntled fans, or lack of, are not too uncommon, one man took his hatred to the next level when he attacked the tour bus of a favored country duo and did some major damage!

Dan + Shay took to their Facebook to upload multiple clips of a clearly angered man wearing dark clothing approaching their tour bus and forcefully throwing a brick through their tour bus’ windshield! The glass shattered, sending small pieces airborne and leaving a hefty amount of damage.

Not an hour later, the band uploaded a second video of the same individual returning back to the scene to take another hit at the vehicle, picking up the very same brick and smashing the window yet again! It seems this final blow was enough for the man, as he shuffled away for good!

Fans were outraged by the clips, urging the boys to take legal actions once finding the unknown man. While fans also sent prayers towards the band, the boys assured everyone via their Facebook status that no one was harmed.

“Last night, a wonderful Baltimore citizen decided to throw a brick through our bus windshield. Everyone inside was safe, but this security footage makes for some good comic relief. Happy holidays!”

We’re glad everyone was safe! You can view the eerie footage below!