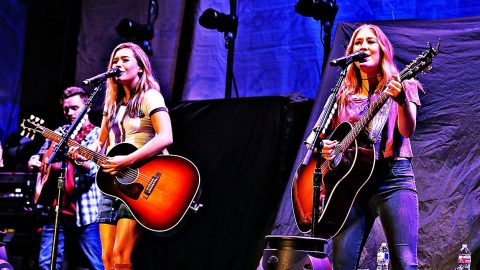 With the turning of the new year, this successful country music duo opens up about a heartbreaking and troubling past year that had shown them some of the darker sides to the music industry.

After becoming the second female country duo to see their debut single hit No. 1 on Billboard’s Country Airplay chart, and earning two consecutive Top 40 hits with their follow up singles, Maddie & Tae really felt like they were headed in the direction they’d always dreamed of.

Now, after 2017 quickly turned into 2018, both Maddie Marlow and Tae Dye open up about the struggles they faced in the last year and how it has affected them both. Marlow revealed that she experienced a very troubling depression and “felt horrible” about their situation after the pair lost their record deal.

“If I’m being honest, I went through a really, pretty tough depression after the label thing happened…I kind of always was the person that had a plan, had it figured out, and I never kind of been like dropped on my ass before,” she explained in the video. “That was really hard and my self-worth was tied into it, my purpose, everything.”

Even after all they had been through in 2017, recording new music, being unable to release it because their label shut down, and eventually finding a new home at UMG Nashville – the two have a great outlook on 2018 and are treating it all as an opportunity to grow.

“I truly look in the mirror and love who I am today because of the pain that I had to go through to get here,” Marlow says. “I’m not going to allow my trials to defeat me, I’m going to let them build me up and learn from them and take as much wisdom as I can from each trial.”

They both explained to fans that new music is coming and they’ve been working hard at their new record label with a release promised for this year.

Maddie & Tae earned top marks with country fans after the release of their debut single, “Girl In A Country Song,” which put the culture of “bro-country” in the hot seat and called out the unrealistic stereotypes that brand of music often revels in.

Watch this heartfelt video from these budding country stars and look forward to hearing new music from this duo in the very near future.