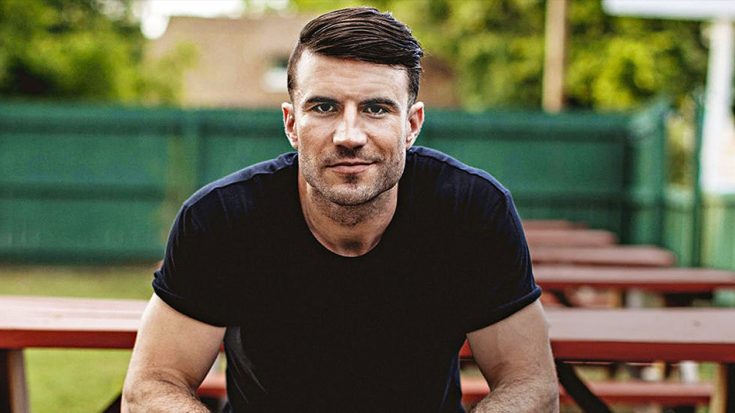 Rumor has it that Sam Hunt is now an engaged man. According to Sounds Like Nashville, a source from the “Take Your Time” singer’s camp confirmed the news that Hunt is engaged to girlfriend Hannah Lee Fowler. No details have been given about when the couple became engaged or when a wedding may take place.

Hunt and Fowler have been mum about the rumored engagement, but speculation has been swirling after a photo published last month shows Fowler with a ring on her finger.

The news of Hunt’s engagement came one day after the singer released a new single in which he apologized to Fowler. “Drinkin’ Too Much” calls Fowler out by name and addresses that many of the tunes from his debut album “Montevallo” were inspired by her.

“I’m sorry I named the album Montevallo / I’m sorry people know your name now and strangers hit you up on social media / I’m sorry you can’t listen to the radio / I know you want your privacy / You’ve got nothing to say to me / But I wish you’d let me pay off your student loans with these songs you gave to me.”

Hunt recently shared photos from a trip he and Fowler took to Israel. It’s unclear why the couple was in Israel. An engagement trip perhaps?

Congratulations to Sam and Hannah!