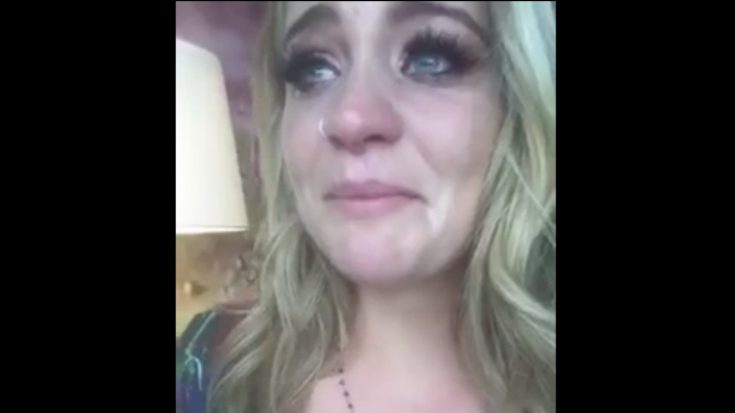 It’s been six years since Lauren Alaina made her final appearance on the American Idol stage as she was named Season 10 runner-up behind Scotty McCreery. Alaina has worked hard to make a name for herself in country music since, and it finally seems to be paying off.

22-year old Alaina recently found out that her current single, “Road Less Traveled,” has become her first No. 1 song. Upon hearing the news, Alaina took to Facebook to thank those who have supported her on her musical journey.

In addition to thanking her fans, Alaina thanked her co-writers, promo team and country radio.

“You guys, we did it. We have the number one song in the country. And I’m a mess, clearly. I’m sorry I’m ugly crying. I wanted to say thank you to everyone and say I hope it’s the first of many. ”

One hour later, Lauren took to Instagram to celebrate the news further.

“Apparently having the number one song in the country does not make you less of a dork. Forever on the #RoadLessTraveled,” she wrote.

Apparently having the number one song in the country does not make you less of a dork. Forever on the #RoadLessTraveled #ohhhhh

A huge congratulations to Lauren Alaina! We know that this is just the beginning for the talented star.