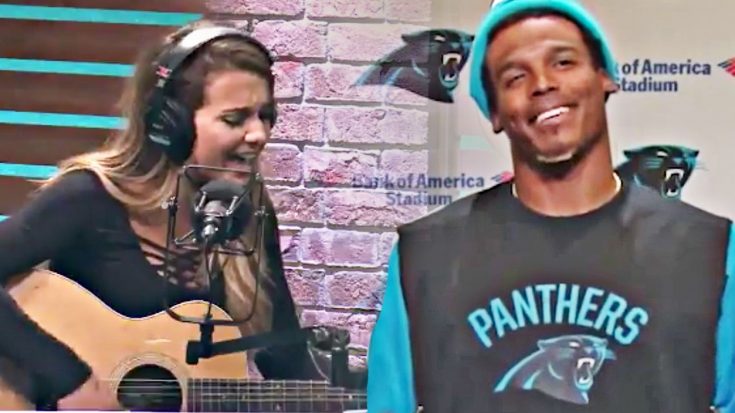 Just a day after he said he thought it was “funny” that a “female” was interested in football routes, the Carolina Panthers’ quarterback is coming under heavy fire from people all over the media and sports industries.

Speaking at a press conference on Wednesday, Cam Newton began answering a question from Charlotte Observer sports reporter, Jourdan Rodrigue, who asked about a fellow teammate’s style of running routes – but his response was laden with criticism.

“It’s funny to hear a female talk about routes…It’s funny,” Newton said with a big grin before actually answering the question posed by the journalist.

Responding to the incident, Rodgrigue took to Twitter and stated her feelings.

I don’t think it’s “funny” to be a female and talk about routes. I think it’s my job.

With the inevitable backlash that followed his comments, Newton became a trending topic on social media and news outlets everywhere. Under blast from various other sports reporters, media personalities, and a hot topic of conversation everywhere – there was only a matter of time before someone penned a song about it.

Sitting down with popular country music morning show, Ty, Kelly & Chuck, country singer/songwriter Kaylee Rose picked up her guitar for a segment they call “10-Minute Tune” and hammered out a response to Newton’s remarks that had some serious barbs to it.

Rose continues on with her song to the tune of Meghan Trainor’s “Lips Are Movin'”, adding in a sharp twist about his performance during Superbowl 50 and other pointed jabs.

Her sentiments echo many others that have been speaking out about the situation on various news networks. The show uploaded a clip of her newly-minted song to their Twitter account and called out the NFL player by tagging him in the caption.

The original reporter, Jourdan Rodrigue explained more of the situation later, saying she sought Newton out for clarification after the conference ended.

I spoke with him after and it was worse. I chose not to share, because I have an actual job to do today and one he will not keep me from.

Beyond just dropping insensitive comments at a press conference, his controversial words have cost him a sponsorship from yogurt-maker Dannon/Oikos. According to CNBC, the parent company, Danone, said that it is “shocked and disheartened” at Newton’s comments and behavior.

What do you think about Newton’s statements? Let us know in the comments.