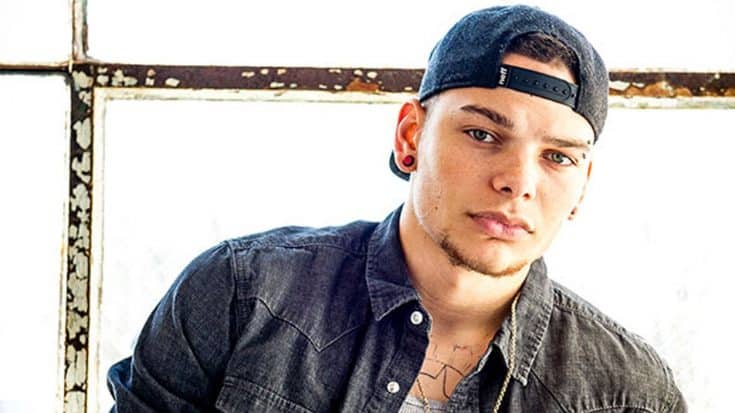 One of the worst things any country singer can go through is having an emergency at home while on the road. That’s exactly what happened to rising country star Kane Brown on July 26. Brown had just stepped of the stage in Nebraska when he noticed a text saying that his 19-year old sister had been stabbed

Brown immediately posted a plea for prayers on Facebook saying, “Prayers for my sister please! I’m all the way out in Nebraska and get a text that she was stabbed 4 times! You better hope I don’t find out who you are. I’m so sick to my stomach right now.”

In a recent interview with People Now, Brown relived the horrifying moment he got the news.

“It was hard because I was all the way in Nebraska.” Kane said.“I got a text from my oldest sister saying that she was stabbed. I just wished I could have been there. I wanted to turn the bus around to go back but we had two weeks of shows. I just had to make sure she was OK.”

Brown’s sister, Heidi, was sent to the hospital with non-life threatening injuries to the neck and shoulder. A week later, a 16-year-old female was arrested on charges of Attempted Second Degree Murder and Aggravated Assault.

“I don’t know the full story,” Brown admitted. “I know she is getting better now. She is recovering. She is texting me. I do know they arrested the girl. I don’t know where they found her. I know she is arrested and my sister is doing better so thanks everyone that have been giving me their prayers.”

The frightening incident was definitely a bump in the road for Kane Brown, but it’s not slowing him down. The singer just celebrated his first gold-certified single, “Used To Love You Sober.”