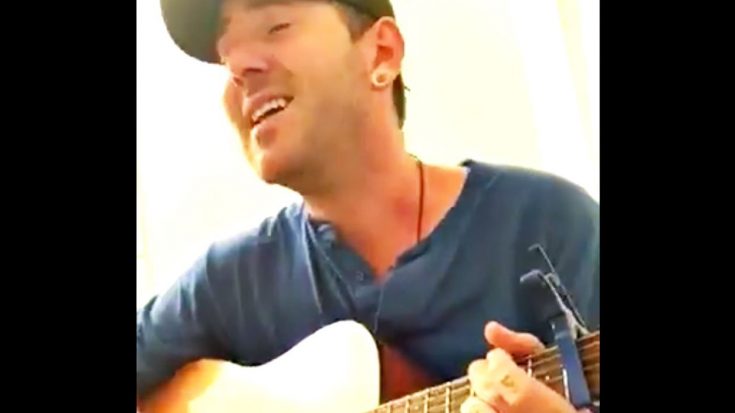 He sings with all his might as he uses the gifts God gave him to help out some of the many thousands of people left suffering from some of the biggest wildfires in Tennessee’s recent history.

Young rising country singer, Myles Nelson, poured out his heart and soul into this heartbreaking country ballad dedicated to all of the people affected by the wildfires that seem to have dominated Eastern Tennessee in recent days.

The song, titled “When The Smoke Clears” is a beautiful ballad written about the unbreakable resolve of humanity in the face of incredible disaster. He highlights the courage and strength many find within God and how the people affected will fully overcome this.

“I made this song for all of the victims of the fires across the country right now,” Nelson writes on his Facebook page. “I can’t donate anything…but, my heart and time is the closest thing I could offer.”

The fires which started early this week have burned thousands of acres of land and destroyed more than 150 buildings, displacing a huge number of people.

Even Dolly Parton’s famous theme park, Dollywood, was threatened by the reach of the fires and lost several cabins to the flames.

Officials have said that the worst is over and the remaining blazes should be extinguished soon.

Watch Myles Nelson’s beautiful tribute to all of the people suffering in Tennessee right now.

Our hearts and prayers go out to them during this difficult time.

(PLEASE SHARE) I made this song for all of the victims of the fires across the country right now. To help spread awareness. I can't donate anything because I don't have any money to my name. But, my heart and time is the closest thing I could offer. Maybe this could shed some inspiration on people. And maybe some other artistsand I can use our art to build a fundraiser through media. Please share this.

"When The Smoke Clears"

-We came out of the fire.
Feeling hopeless with tears.
We wont fall from grace.
We may be Broken for years.
We wont lose this fight.
They don't know how it feels.
But with God we have strength.
Well stay close and rebuild.
When the smoke clears.-