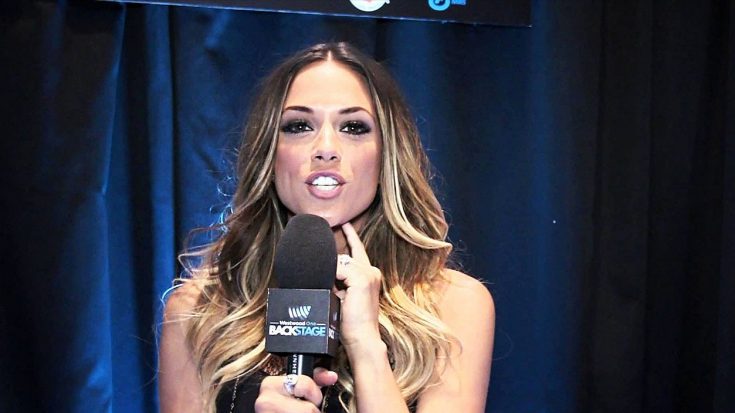 One country singer was almost certain that country radio stations were biased towards male artists, taking to Twitter to share a clearly frustrated tweet that was later deemed not credible.

Jana Kramer was quick to call out the current music charts, backing up her friend RaeLynn’s song with a fiery tweet that read, “Love Triangle by RaeLynn sold more than the last 2 songs that went #1 but yet struggled on charts. Why? Wait let me guess,” before adding a few hashtags that alluded to sexism. However, the tweet did not go unnoticed, as various outlets looked into her claim and deemed her information inaccurate.

Nash Country Daily picked apart the bold claim that stated RaeLynn had outsold the current top two songs, identifying Kramer’s suggested competitors as Lauren Alaina’s “Road Less Traveled” and Jason Aldean’s “Any Ol’ Barstool”. Although validating a portion of Kramer’s claim by admitting that RaeLynn’s tune had beat Aldean’s, they added, “However, Lauren Alaina’s “Road Less Traveled”—released in July 2016—has sold 203,524 units as of April 19, which is 50,436 units more than “Love Triangle.” Jana was incorrect in this instance.”

Radio host Bobby Bones retweeted the singer, applauding her standpoint but admitting that her information was flawed. “[A]gree with your sentiment. logic is flawed in this instance. Lauren Alaina was #1… 2 weeks ago, and sold less than lots of dudes. labels!” the host said.

@kramergirl @RaeLynn agree with your sentiment. logic is flawed in this instance. Lauren Alaina was #1… 2 weeks ago, and sold less than lots of dudes. labels!

Despite the incorrect fact proposal, Kramer is adamant about making country music an equal rodeo for both men and women, and it shows her message did not go unnoticed.