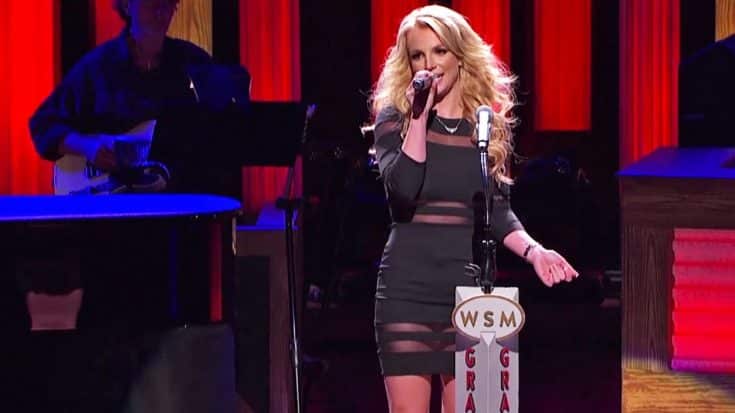 She’s been named the Princess of Pop, but some people think it would have made more sense for her to sing country music.

A new face in country music herself, Britney Spears’ younger sister, Jamie Lynn Spears, opened up in an interview with Entertainment Tonight about why she thinks her sister should have gone country.

Jamie Lynn often gets asked why she chose country music herself, and she usually quips back with some version of “why not?”.

“To me, doing pop music was a much more far-fetched dream,” She tells ET. “We were from this little town in the middle of nowhere…”

She reveals that coming from a small town in Louisiana, a career in country music was a much more likely dream – especially with their Southern roots.

“It would’ve made much more sense for Britney to do country,” She concludes adding that she doesn’t ever see her sister recording a full country album.

She also reveals that there might be the possibility of them collaborating together in the future if it’s “natural”, adding that she doesn’t think a collaboration “can be forced”.

Recently, both Britney and Jamie Lynn made their debut on the stage of the Grand Ole Opry, with the eldest sister introducing the youngest for her performance.

Watch Jamie Lynn’s full interview in the video below and let us know what you think in the comments!