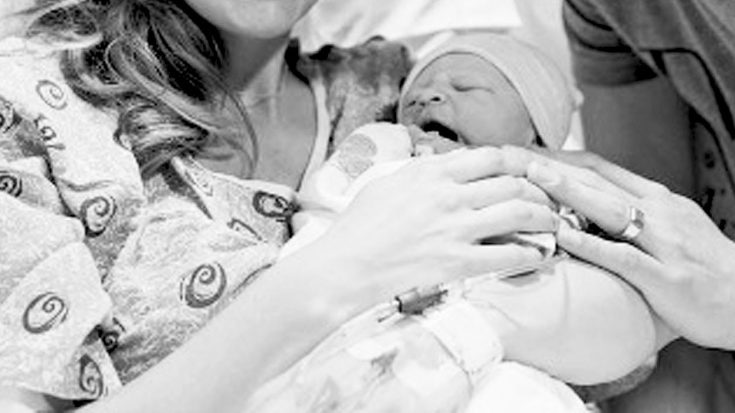 Originally a country music trio, High Valley released their first record in 2007. Comprised of brothers Brad, Curtis, and Bryan Rempel, the trio had been one of the most popular country groups in Canada for years.

Bryan left the group in 2014, and High Valley has been a duo ever since. The same year of Bryan’s departure, the group released their biggest hit to date, “Make You Mine.” Featuring Ricky Skaggs, the song hit the fifth spot on the Canadian country charts.

High Valley finally introduced themselves to the American country community in 2016 with the U.S. release of “Make You Mine.” The song was also successful in the U.S., and peaked at the 17th spot on the Country Airplay chart.

Since then, the duo has released a series of other hit singles back in Canada, and just released their second U.S. single, “She’s With Me.” As if that wasn’t enough, the two brothers now have an even bigger reason to celebrate!

Through a post on the duo’s Instagram page on Monday (April 10), Curtis happily announced the birth of his second child. Curtis and his wife, Myranda, welcomed a beautiful baby girl on Friday (April 7), and they couldn’t be happier!

Curtis and Myranda revealed that they named their daughter Millie June. She joins big brother Ben, who is three.

“Her mommy and I couldn’t be more in love,” Curtis wrote in the caption to a photo of him, Myranda, and baby Millie.

Thrilled to welcome our amazing baby girl to the family! Millie June arrived on Friday and her mommy and I couldn't be more in love ?? – Curtis

Little Millie is so precious! Congratulations to Curtis and Myranda on their new bundle of joy!