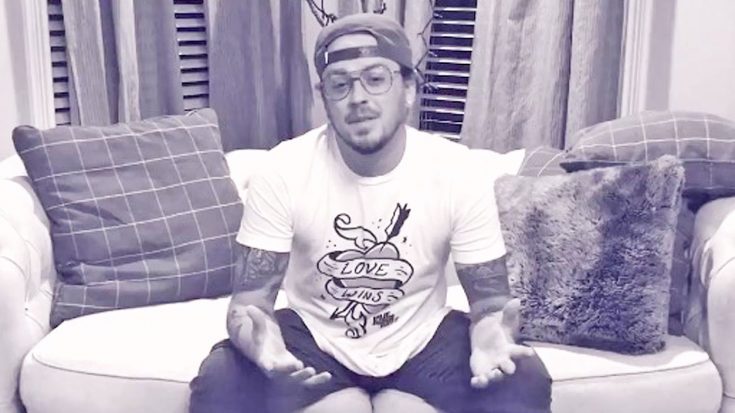 In March, Stephen Barker Liles of Love and Theft learned some devastating news. His mother, Susie Burchett, had been diagnosed with ALS, which is also known as Lou Gehrig’s disease.

According to the ALS Association website, ALS is “a progressive neurodegenerative disease that affects nerve cells in the brain and the spinal cord.” Eventually, those with ALS lose the ability to control the movement of their muscles. As a result, they may also lose their ability to speak, eat, walk, and breathe.

As of right now, there is no cure for ALS. Because of this, it is important to raise awareness about the disease so that the initiative to find a cure is greater than ever before.

That’s exactly what Stephen and his family decided to do after learning about Susie’s diagnosis. As announced via a press release, the Burchett and Liles family is teaming up with the ALS Association of Tennessee to host a benefit concert in Susie’s honor.

Called Shine for Susie, the concert is set to take place at 7 PM on December 4 at the famed Ryman Auditorium in Nashville. In addition to Love and Theft, the scheduled performers included Florida Georgia Line, Craig Campbell, Canaan Smith, Trent Tomlinson, The Warren Brothers, Stevie Monce, Jerrod Niemann, and Tyler Farr. The event will be co-hosted by Stephen, Storme Warren, and Dee Jay Silver. Tickets to Shine for Susie are on sale now! Those who wish to purchase tickets can do so through any Ticketmaster outlet, ticketmaster.com, the Ryman box office, ryman.com, or by phone at 800-745-3000. You can also purchase tickets by clicking right here.

If you’d like information about sponsorship packages or have any questions about becoming a sponsor, you can call Ashlee Moon at 615-331-556. You can also send her an email at [email protected]

Proceeds raised from the event will benefit the ALS Association of Tennessee, a chapter of the larger ALS Association which “builds hope and enhances quality of life while aggressively searching for new treatments and a cure [for ALS].” In addition, some proceeds raised from the concert will go directly to Susie to help with her care and treatment costs.

Stephen had this to say about the benefit:

“I’ve had the privilege of helping with many charities through the years, but when the cause touches your life, it changes everything. When my mother was diagnosed with ALS in March of this year, I was devastated. But I also felt called to make a difference to help her and others through my musical platform. I’m incredibly grateful for some of my dear friends who are joining me to shine light through our music and bring hope to millions.”

Stephen talked further about the benefit in a heartfelt video he shared to the Love and Theft Facebook page. You can check out that video below.

If you are unable to attend the event, you can still donate to Shine for Susie‘s cause by visiting the benefit’s official GoFundMe page at this link here.

Our thoughts and prayers go out to Susie and her family as she continues her fight against ALS.

Hey y’all! This video is somethin personal I wanted to share about what’s going on in my life and with my mom. Please watch and share – stephen Shine for Susie 12/04 benefit concert benefiting the The ALS Association Tennessee Chapter pre-sale starts this morning at 10am/CST! Get your tickets here: http://smarturl.it/ShineforSusiePreSale The rest of 75% of Tickets go on sale Friday ! USE CODE: SUSIE17 #ShineForSusie #ALSAwareness