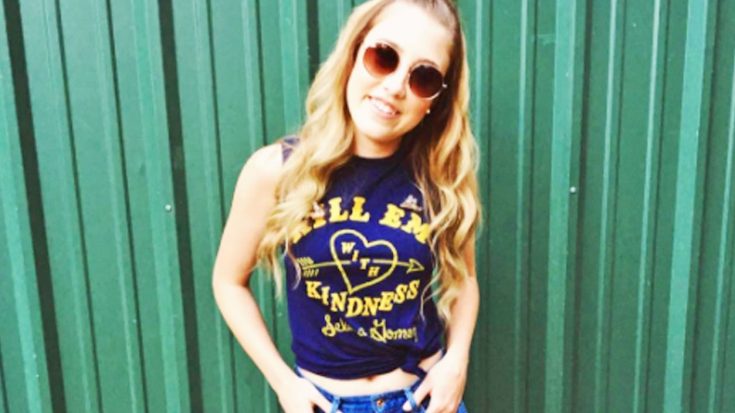 In the wake of one of the most heated presidential elections in United States history, Maddie Marlow, one half of country music duo Maddie & Tae, took to Instagram to stick up for those being oppressed by social media bullies.

This was the first presidential election Marlow was able to vote in and took to Instagram the day of the election to encourage people to get out and make their voice heard. The “Shut Up and Fish” singer became quickly disenchanted after viewing all the hate being spouted from both sides.

“I’ve probably unfriended about 50 people I actually liked as human beings in the past couple of weeks because of the election,” writes Marlow. “Did you know that everyone is allowed to think different? And guess what? Just because someone has a different political view or opinion than you doesn’t make them a bad person. Maybe Trump was your vote or maybe he wasn’t. Either way it’s no excuse to be an asshole.”

The country singer didn’t make her political preference known but rather called out the “bullies” she’s witnessed harass others for voicing their personal preference simply because it differs from their own. The singer goes on to to say that it is “our job as followers of Christ to love our brothers and sisters” and not our job to “try and tell people they are wrong or right.”

You can read her full post below and be sure to let us know what you think in the comments!