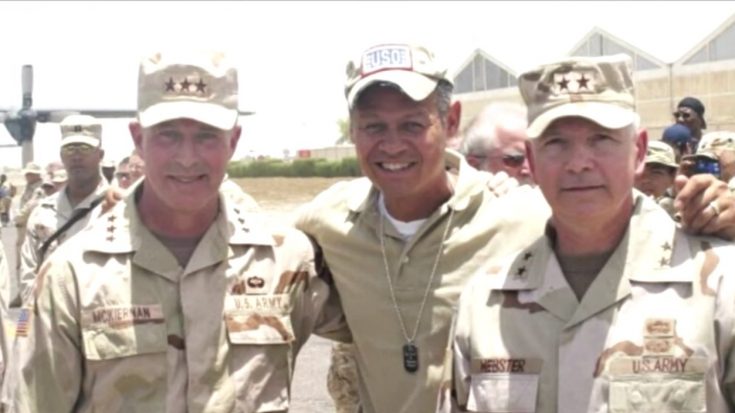 With 15 USA tours to his credit and more than 700 consecutive days of saying the Pledge of Allegiance live on Facebook, nobody can argue the depth of Neal McCoy‘s patriotism. Now the country star has now taken his patriotism a step further with a controversial song mocking the National Anthem protests that have swept amateur and professional sports.

McCoy first released “I Won’t Take a Knee (Take a Knee, My A**)” via a live Facebook feed during a recent concert. The video instantly struck a chord with fans and has been viewed more than 4 million times to date.

The song’s lyrics are a clear representation of McCoy’s opposition to the national anthem protests.

“When I see somebody on TV
Take their stand on bended knee
Whether it’s on Astroturf or grass
I think of those whose freedom was not free
And I say ‘Take a knee … my a**.'”

“I’ve entertained our troops in Pakistan, Afghanistan, Iraq and all over the world. So, no, this is not a money grab. This is a guy that believes in our country, that does not like people kneeling, not standing with their hands over their hearts, for the Pledge of Allegiance and the National Anthem. That’s what I’m about,” McCoy said.