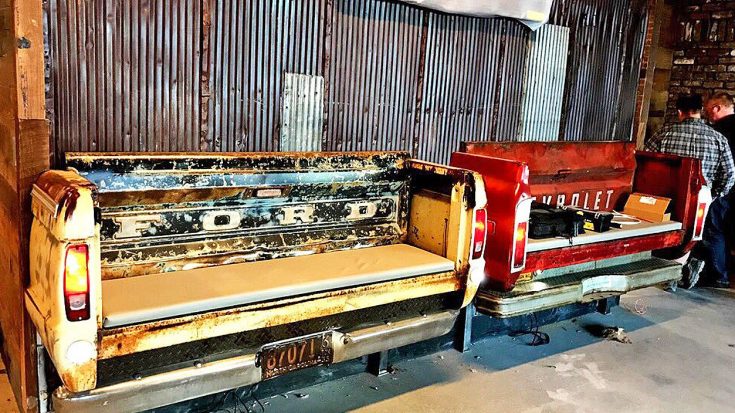 One country music star is expanding his already successful clothing line into his shot at the bar industry in what he hopes will be “the kind of place where my friends and family could get together and turn it up after a hard day’s work,” he said in his press release.

Singer John Rich of country duo Big & Rich is ecstatic for his new endeavor, branching his Redneck Riviera success into several bar locations in both Nashville, Tennessee and the sleepless city of Las Vegas! While the bars will have a variety of admirable features, such as a “Heroes Bar” in which both active duty military men and women and veterans will be given their first drink on the house, the new establishments are loaded with amenities that scream redneck!

Rich took to his Twitter page to update eager fans of the establishment’s progress, showcasing a handful of features that had us howling with laughter and strange anticipation! Rich kicked off the sneak peek with the caption, “I can’t WAIT to pee in this! ‘Beer keg urinals’…”, as he shared the uncanny idea of fashioning a standard beer keg into a fully functional urinal!

I can’t WAIT to pee in this! “Beer keg urinals” at the @RNRBarVegas @DaveRamsey @DaveMustaine hahaa!! pic.twitter.com/y9LiAtySmg

You think that’s all? Rich also channeled his southern creativity when he shared his riveting new sink concept consisting of genuine tires to nicely frame the stainless steel bowls replacing the original hubcaps!

We can’t get enough of this singer’s humor! However, he isn’t all jokes as he has installed vintage truck beds throughout the bar for a rustic feel and kickass vibe!

This is the “tailgate section” at the @RNRBarVegas bar! Man, I’m pumped!! #ford #chevy pic.twitter.com/mb3MvfzXiN

We’re sure comedian Jeff Foxworthy will be getting some new material from this highly anticipated opening!  Can we expect to see y’all there?