By Jennifer Pernicano on December 5, 2017
Advertisement 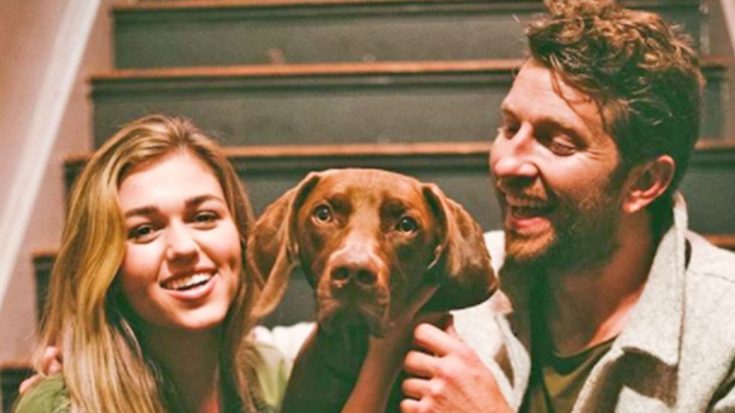 When country singer Brett Eldredge released his music video for his latest single “The Long Way,” he had to have expected a great response, but he probably wasn’t expecting the one he got.

While the video has been thoroughly enjoyed by his fans since its release, it’s his relationship with his love interest that really had people talking. He asked Duck Dynasty star Sadie Robertson to play his girlfriend and the pair’s chemistry seemed so real, that everyone thought they were a couple in real life.

The rumors actually began before the video even premiered, when each celebrity posted a photo of them shooting the video together.

In the video, Eldredge begs her to show him all around her hometown because he wants to know every little bit about her. They dance, hug, hold hands, and gaze at each other lovingly throughout the video.

After it was released, fans were left wondering if the two were an actual couple! A photo Eldredge posted of him, Robertson, and his adorable dog Edgar fueled the dating rumors even more.

#tbt to a lil @edgarboogie Love at "The Long Way" video shoot….Thank you @legitsadierob for being so awesome and making this an extra special video and thank you all for supporting it in such a BIG way!

After a couple months of staying silent, the country star has finally spoken out about the rumors.

“No, we’re not dating, she’s just a good friend,” he said, according to Taste of Country. He actually just knew about her from her social media accounts and they didn’t meet until the first day of filming.

“I saw her on Instagram and I saw all of her stories and just her energy, she’s just a great person,” Eldredge says. “I just loved who she is, what she stands for, her whole story, her personality. Literally, I just love everything she stands for, and I thought she would be amazing for this video if somehow we could get her to do this and she was like all about it. I just thought she’s the kind of person that you’re looking for in this kind of song, just a good heart, a great person, beautiful soul.”

Sounds like they are not a couple, which will make Eldredge’s female fans quite happy. Check out “The Long Way” music video that started all of these rumors below.