By Manly Bryant on February 14, 2018
Advertisement 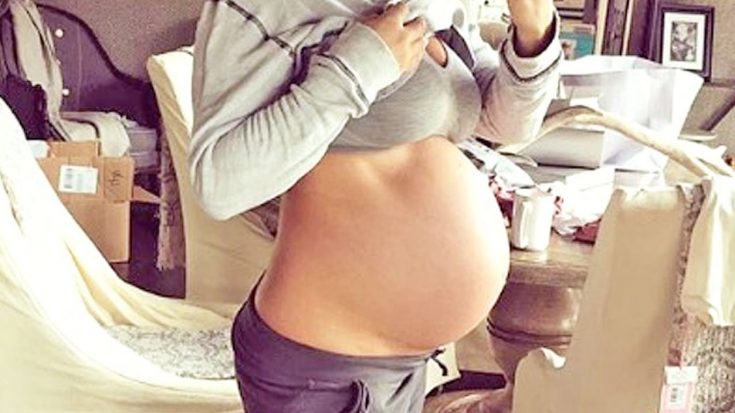 Back in October, country singer Jessie James Decker and her husband, NFL star Eric Decker, announced they were expecting their third child. They did so in the sweetest way imaginable, by involving their daughter, Vivianne, and their son Eric Jr. in their announcement.

The couple announced their pregnancy through a video that Jessie shared to social media. After gathering their children together, Eric and Jessie told them the happy news that they would be getting a little brother or sister in a few months!

Eric and I are so excited to share with y'all that we are expecting baby Decker number 3! As you can see Viv is so happy and Bub doesn't quite know what's going on ? but we are over the moon and feel so blessed and can't wait to meet this little one end of march ❤️

A little later in October, Jessie and Eric once again involved their kids in making another special announcement concerning their new addition. Together, they opened a big box in the middle of their yard and released blue balloons into the sky, showing that Baby Decker #3 is going to be a boy!

Time sure does fly, because now Jessie is expecting her baby boy’s arrival at any time. Since she has never been shy about sharing updates concerning her pregnancy, Jessie decided to show off her growing baby bump in a photo she posted to Instagram on Tuesday (February 13).

Jessie said that she is currently 33 weeks along, and that she is now finding it impossible to get comfortable enough to sleep. “He feels so low that I spend all night getting up to pee or to move from side to side,” she wrote. “He also hiccups the strongest out of my 3 and all night long.”

With both of her first two children, Jessie said that she went into labor two weeks before she was due. Because of this, Jessie says that she could be due “any day” from now.

“Even though it’s been tough [I] have to stop and realize this is my last baby and how special it’s been,” Jessie wrote. “We are SO excited to meet him.”

Working on week 33! Sleeping is now not possible. Can’t get comfortable at all. He feels so low that I spend all night getting up to pee or to move from side to side. He also hiccups the strongest out of my 3 and all night long. But even though it’s been tough have to stop and realize this is my last baby and how special it’s been. We are SO excited to meet him. Got baby boys clothes all washed now and put away (all Bubbys old baby clothes) and got some new cool sleeper cribs etc. the stuff they keep coming out with blows my mind! Got my pumps out and bottles too! In a few weeks will get my hospital bag ready. Because I grow such big babies after I hit 36 weeks i know it can be any day since I’ve gone 2 weeks early with both! (Excuse the mess in background, moving into my office this week and not in dining anymore) #33weeks

Watch Jessie give her baby bump even more time in the spotlight by checking out her music video for “Flip My Hair” below. We can’t wait to meet her new baby boy!