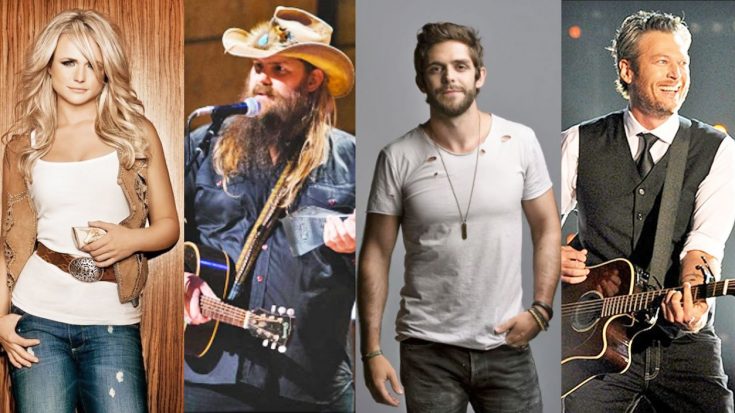 In a technologically developing society, the world of music has been rapidly adjusting to the move towards streamed music. Internet radio service and online streaming site, Pandora, released their year-end list of “Top 25 Most Streamed Country Songs” to help gage who rules the world of country music.

Coming in at No.1 is Thomas Rhett with his romantic ballad “Die a Happy Man.” Florida Georgia Line came in at No.2 with “H.O.L.Y.” and Chris Stapleton arrived at No.3 with his rendition of “Tennessee Whiskey.”

Impressively, Stapleton landed three tracks on the list following his incredible sweep at the 2015 CMA Awards for his debut album “Traveller.” In addition, Billboard named the country singer 2016’s Top Country Artist for his massive success this past year on streaming sites, radio airplay, and as well as album sales.

You can check out Rhett’s critically acclaimed “Die a Happy Man” in the video below!