By Manly Bryant on February 15, 2018
Advertisement 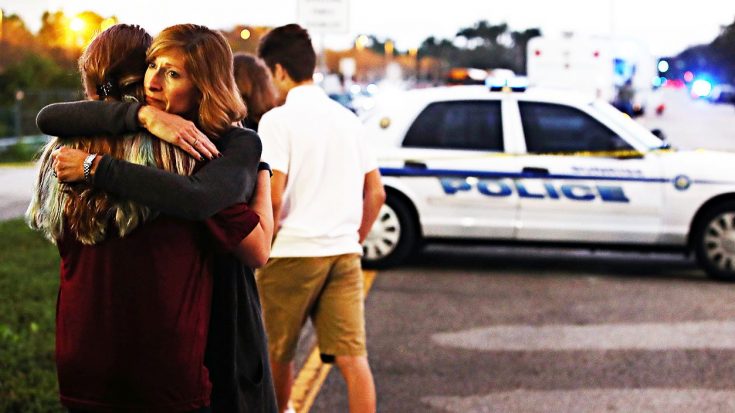 Upset, ashamed, saddened, disgusted, grief – those are all words country music stars used to describe how they were feeling after watching yet another mass shooting blast across the news all over the world.

On Valentine’s Day, February 14th, 2018, a 19-year-old former student lured students at his old high school into the open by pulling a fire alarm switch before opening fire on them.

17 people were killed in this horrifying and tragic mass murder – and it has been named one of the deadliest shootings in U.S. history. The gunman, Nikolas Cruz, was previously expelled from Marjory Stoneman Douglas High School for various disciplinary issues.

This shooting comes just months after a gunman opened fire on the Route 91 Harvest Country Music Festival in Las Vegas, killing 58 people and injuring more than 700 others. That shooting stands as the deadliest in our nation’s modern history.

Now, country music artists are taking to social media expressing their unending grief, sadness, and even anger – anger that this shooting was able to occur after all the heartbreak we have experienced as a nation.

Read the statements from folks all over the industry below, and share your feelings in the comments.

I’m so ashamed that this is who we are. We don’t care enough about the lives of children to prevent the purchase of assault rifles. I woke up crying, thinking about those kids who were waiting for their college acceptances, who were just going to school. Congress, this is on you.

How terrible that a day that’s supposed to be about love has ended in violence? 17 killed by a semi automatic rifle in #Parkland and Congress does nothing… We are failing our children.

This is not the America we are capable of. Please get upset. https://t.co/Qg8DnfzOyU

I just saw about Florida… no words can encapsulate grief, but I’m so sorry for all of the families…

I hate that I don’t even know what to say anymore. Something has to change. My Heart goes out to the victims and their families. https://t.co/9fGmBOvNQ6

Nothing will be done.

Saddened and disgusted by the shooting in Parkland, FL. So close to my hometown. Such a pointless act of evil. Thoughts are with everyone affected. ?

More than anything else, people who want to hurt as many innocent children as they can, use guns to do it. I wonder how long it will take our government to do anything at all. I wonder how loudly the voices of every mother in this country can scream til they do.

Sending my love and more importantly prayers to the folks in Florida on this Valentine’s Day. There aren’t many words to genuinely help, but I am sorry. For the loss, the hate and the terror. Lot of people praying for y’all, we love ya.

Our thoughts and prayers are with everyone in Florida and those affected by this terrible tragedy.