Country Stars React To The Death Of Craig Morgan’s Son 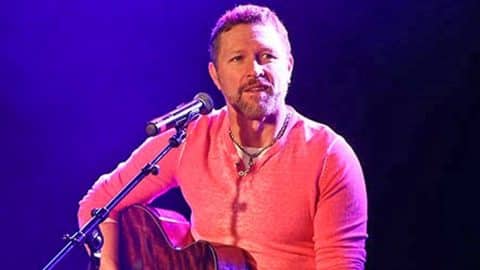 Monday evening (July 11), the body of Jerry Greer, son of country singer Craig Morgan, was found in Kentucky Lake after search and rescue teams began looking for him Sunday at 4pm.

He was thrown from an inner tube he was riding with another teen and was said to be wearing a life jacket.

Humphreys County Sheriff Chris Davis told reporters, “It was just as simple as hitting a wave and turning over and not coming back up.”

“It is with deep sadness that I am confirming the passing of Jerry Greer (19), son of country music entertainer Craig Morgan and wife Karen Greer. The Humphreys County (TN) Sheriff’s Department recovered his body this evening after a search that began Sunday following a boating accident on Kentucky Lake in Tennessee. A 2016 graduate of Dickson County High School, Jerry planned to play football for Marshall University in the fall.”

Craig Morgan has made quite a few friends over his 16-year country music career. Now, more than ever, he needs their prayers and support.

Country singers from Brad Paisley to Mickey Guyton to Neal McCoy have been sending Morgan and his family their condolences.

See the social media posts below.

Myself, my band and crew, our hearts are broken for our friend @cmorganmusic and his family. There are no words.

May peace & comfort embrace you and your family in this tragic time. We are so very sorry for your loss @cmorganmusic

Enjoy your life, cause nothing is guaranteed and every day is a blessing. -Craig Morgan

Our thoughts and prayers are with @cmorganmusic at this time.

So so sad to hear about @cmorganmusic ‘s son Jerry. As a parent my heart breaks for this family.

Heartbroken tonight for my friend, @cmorganmusic, & his family over the loss of his son.

Praying for @cmorganmusic. What a tragedy. I’m so sorry. ❤️ Jesus be with the Morgan Family.

Prayers for Craig Morgan’s family during this difficult time.

Just saw this… Praying for everyone involved https://t.co/abMT9DOCqW

Oh my heart is broken for the Morgan family. Lord, be near. ?

Prayers For Craig Morgan & his family during this difficult time.

Stop what you’re doing and say a prayer for @cmorganmusic and his family.

Heartbroken and praying for @cmorganmusic and his family in the midst of their unimaginable loss. https://t.co/zQYU9dhmGa

There are no words.. except that I have so much love and respect for buddy @cmorganmusic and his family. Love ya buddy.