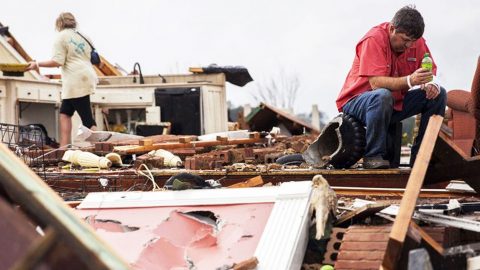 A string of vicious tornados in south Georgia have  destroyed homes, property, and lives, leaving behind destructive paths of almost 200 yards in width throughout various locations. At least 15 lives have been lost due to the natural disaster, leaving behind broken homes and hearts as the affected towns attempt to rebuild their lives.

Fortunately, these victims are not alone in their endeavors to unify and reconstruct, as WSB-TV Atlanta reported that, as of now, various country music stars are teaming up to hold a benefit concert to aid those affected by the damages of this storm. They reported, “Local musician and businessman Bo Henry confirmed on his Facebook page that Luke Bryan, Phillip Phillips, and Cole Swindell have agreed to play a benefit concert to help victims affected by the storms.”

While further details on the anticipated event are still in the works, many are hopeful for the assistance of big name performers eager to help!

It was also released by the publication AJC that “Gov. Nathan Deal will ask for federal assistance for South Georgia storm victims after FEMA has finished its investigation,” as they revealed that Georgia’s state budget is unable to accommodate the unimaginable damages, requiring immediate assistance.

We will continue to keep those affected in our prayers. For those curious about ways to help the struggling families and victims, you can visit this link for a variety of resources and donation options.