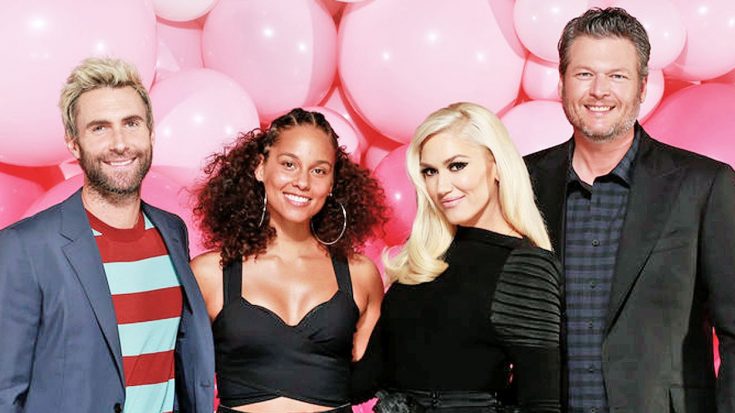 Get excited Voice fans! A country superstar is about to take things over!

As revealed on Thursday (April 13), The Voice has selected its key advisor for its current season. In past seasons, the key advisor has helped the contestants during the knockout rounds. This time however, the key advisor will assist the 12 finalists on the show.

With over 85 million records sold and a reputation as a skilled entertainer, it’s no surprise why The Voice selected Shania Twain as the key advisor for Season 12.

Twain revealed the news in a post shared to social media, saying how she’s looking forward to being on the show. “Excited to announce that I’ll appear on NBC’s ‘The Voice’ later this month, as a mentor to the twelve finalists,” she wrote.

CMT’s Cody Alan also reported on Twain’s involvement on The Voice. The show’s Facebook page shared her post as well, writing, “Okay, Shania Twain’s going to be on ‘The Voice,’ that impresses us a lot!”

Once the final 12 contestants are revealed on Tuesday night’s show (April 18), Twain will step in to help them out in rehearsals. Although Twain is one of the best-selling country artists of all time, she should easily be able to relate to all of the contestants. That’s because Twain has also enjoyed immense crossover success in pop, making her experience something that everyone can learn from.

Twain joins a long list of country artist advisors on The Voice. Many of the past key advisors on the show have been country stars, including Garth Brooks, Tim McGraw, and Faith Hill.

Even if the key advisor isn’t a country artist, there is almost always a country advisor on the show. Blake Shelton often picks a country star as his team advisor leading up to the battle rounds, which some of his past choices being Luke Bryan, Brad Paisley, and Little Big Town.

We can’t wait to see Twain on The Voice! We have a feeling that she’ll be a fantastic advisor to the contestants, don’t you?

While you wait to watch Twain on The Voice, enjoy this clip featuring last season’s key advisors, McGraw and Hill!