Craig Morgan Pays Tribute To His Late Son On His Birthday 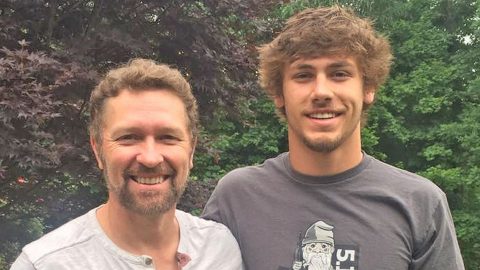 In July 2016, tragedy struck country singer Craig Morgan and his family when his son Jerry was killed in an inner tubing accident.

He was thrown from the inner tube he was riding with another friend and was reported missing on July 10. Morgan’s record label, Black River Entertainment, confirmed the news of his passing a day later.

“It is with deep sadness that I am confirming the passing of Jerry Greer (19), son of country music entertainer Craig Morgan and wife Karen Greer,” it read. “The Humphreys County (TN) Sheriff’s Department recovered his body this evening after a search that began Sunday following a boating accident on Kentucky Lake in Tennessee. A 2016 graduate of Dickson County High School, Jerry planned to play football for Marshall University in the fall.”

Jerry’s funeral was held on July 16 at a church in Nashville, with his obituary citing the love of his family, God, the outdoors, and sports. His friends and family established a scholarship fund at his high school “to honor Jerry’s energy, athleticism, and love of life” and will be awarded to future athletes, “particularly those with dyslexia”.

Tuesday (Jan. 24) marked Jerry’s first birthday since his passing, and Morgan honored his son, who would have been 20, by sharing a sweet message on social media with several photos of them together.

“Happy Birthday son,” he wrote. “Because He lives we will see you again.”

He then quoted Deuteronomy 15:10: “Thou shalt surely give him, and thine heart shall not be grieved when thou givest unto him: because that for this thing the Lord thy God will bless the in all thy works, and in all that thou puttest thine hand unto.”

Happy Birthday son because He lives we will see you again Deuteronomy 15:10 thou shalt surely give him, and thine heart…

Our prayers go out to Morgan and his family.