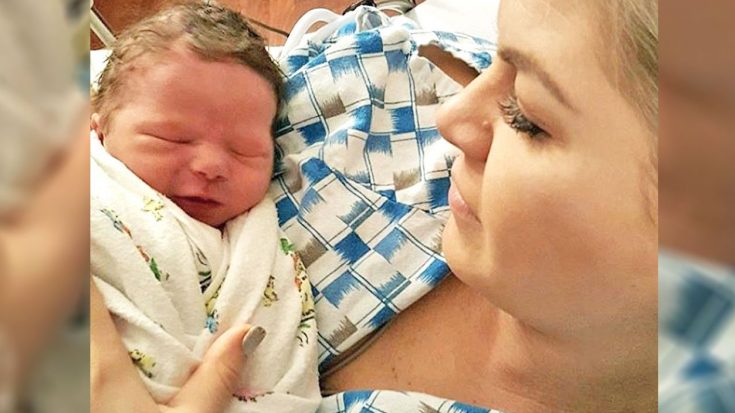 Craig Wayne Boyd and his wife Taylor are ringing in the New Year with a new baby!

Back in July, the Voice champion and his wife revealed they were expecting through a comical photo they shared with People. The photo features Craig, Taylor, their daughter Dakota, and Craig’s son Jaxon from a previous relationship.

The photo shows Jaxon tying his father and Taylor up in a rope, while Dakota rests on her father’s shoulders. A chalkboard off to the side reads “We will soon be #outnumbered #babyboyd.”

Craig and Taylor also revealed through the photo that they were expecting a boy!

In case you missed it, @People helped us break some big news yesterday! That's right… we're soon to be #Outnumbered. #BabyBoyd

Now, baby Boyd is here, and just a few days before his big sister Dakota’s birthday! She turns two on December 31. “The last week of December will forever be a huge week in the Boyd family … #BoydsRus,” Craig said during an interview with People announcing the news of his baby boy’s birth.

Craig and Taylor named their son Graydon Scott in honor of Craig’s great-grandfather. Graydon was born on Thursday (December 28) and weighed six pounds and four ounces.

The Boyds shared a series of photos with People of their new baby boy. Craig posted one of those photos to his social media accounts, which shows him looking lovingly at Taylor and Graydon while Taylor snuggles her baby boy close to her.

Tay, Jax, Kota, and I are proud to announce that last night, Graydon Scott was welcomed into our home and hearts! The last week of December will forever be a huge week in the Boyd Family! Story link in bio. #GraydonScott

Congratulations to Craig, Taylor, Jaxon, and Dakota on welcoming their new addition to their family.