By Jennifer Pernicano on January 8, 2016
Advertisement 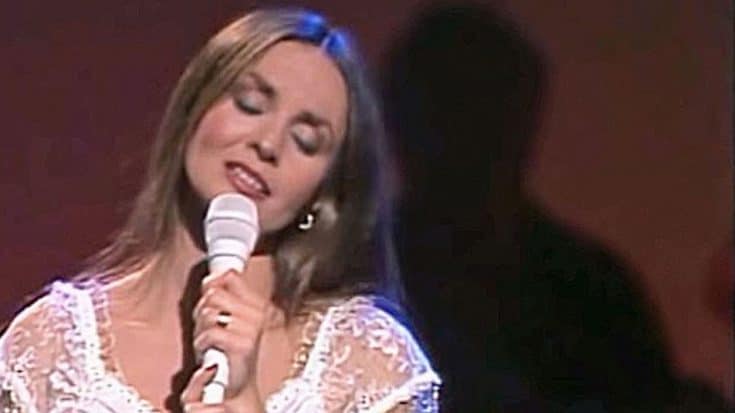 With her trademark long and beautiful hair, beautiful voice, and effortless talent, Crystal Gayle is an idol. Even today, fans look back at recordings like this one in awe.

Born Brenda Gail Webb, Crystal Gayle grew up playing music and singing in her brothers band. You could say that talent ran in the Webb family, considering she is the younger sister of the legendary Loretta Lynn.

She followed in her sister’s footsteps and became an award-winning country artist herself, and accumulated twenty No. 1 hits over the course of her career, and is a recent member of the Grand Ole Opry.

Gayle is probably most famous for her nearly floor length hair, often times interviewed on how she kept it so healthy! In 1983 she was voted one of the 50 most beautiful people by People Magazine, but the beauty transcended to her music as well.

This performance of her hit song “Don’t It Make My Brown Eyes Blue” is simply stunning. The 1977 single was released off of Gayle’s album We Must Believe In Magic, and reached the top sport on the Billboard Hot Country Songs chart. The worldwide hit is recognized as one of her most popular songs.

Watch her beautiful live performance of “Don’t It Make My Brown Eyes Blue” below.