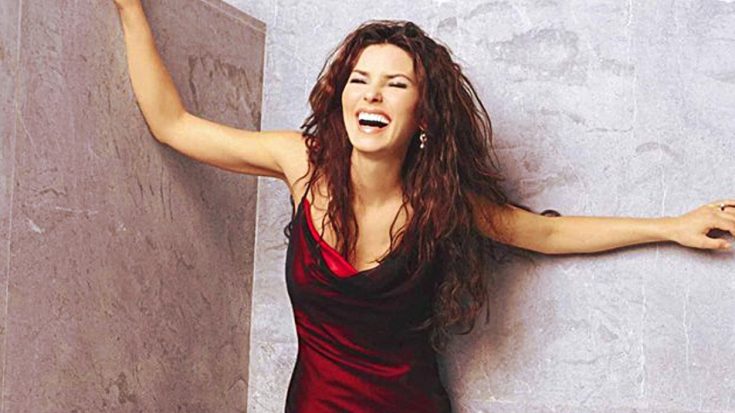 People say the strangest things online, especially to celebrities. Just take a glance at any post on any country singer’s Facebook page and you’ll see a whole sea of off-the-wall comments.

Country fans become bolder (and more hilarious) than ever when they’re placed behind a computer screen. The ways they profess their love for their favorite artists range from the strangely sweet to the downright awkward.

One dad decided to take a whole collection of such comments and turn them into a comedic song. The result was a tune that will tickle your ribs and leave you laughing for minutes on end.

For this song, YouTube comedian/musician Hot Dad turned to one of the most admired figures in all of country music, Shania Twain. As an iconic and still extremely popular artist, you can bet that Twain’s Facebook comments are littered with plenty of gems.

Hot Dad titled his ode to Twain after one of the comments he found, “This Wonderful Woman That You Are (Song for Shania).” The comments he used ranged from sweet, to a bit odd, to downright wacky.

Of course, there were grammar and spelling mistakes galore, which Hot Dad dealt with in the perfect way. Rather than edit the comments for accuracy, he sang them as they were written, making things all the more hilarious.

Hot Dad released a video to go along with the song, which shows the exact comments he pulled to make it. Being able to read the comments as he sings them allows you to also see some of the strange spacing, punctuation, and extra letters that people would use.

One of our favorite comments that Hot Dad included in the song is one that circles back a few times. In the comment, an adoring fan comments to Shania saying, “Did I bought a beer?” before saying, “You are our couch.” Well then!

That gives you just a taste of the hilarity you’re about to hear when you hit “play” on Hot Dad’s song in the video below.

Once you’re done, let us know which comment made you laugh the hardest!