Dale Jr. Bids An Emotional Farewell To His Fans In Heartfelt Video 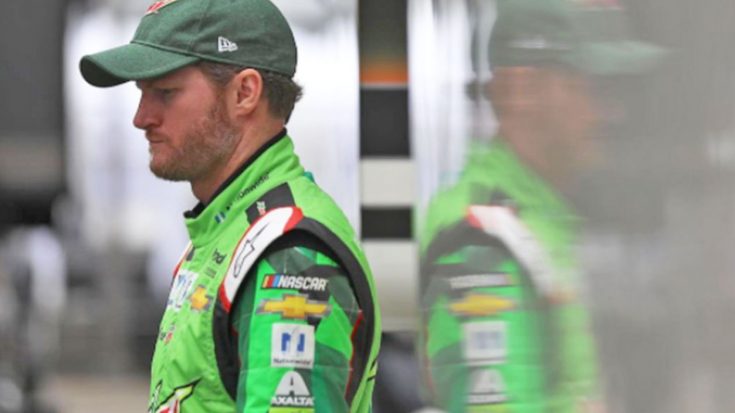 In an hourlong press conference back in April, Dale Earnhardt Jr. formerly announced his retirement from Monster Energy NASCAR Cup Series after the 2017 season.

The press conference was both emotional and thought provoking, coming but six hours after his team – Hendrick Motorsports – made the surprising announcement. During the bittersweet conference, Earnhardt revealed that while his decision was a difficult one, he is leaving with no regrets.

“I accomplished way more than I ever dreamed, way more than I ever thought I’d accomplish,” Earnhardt said according to NASCAR. “So I’m good, you know. I’m good on that front. I’m so blessed and fortunate on what I was able to achieve but I’m very sad because it’s definitely disappointing for a lot of people to wake up to that news this morning.”

In his final weeks behind the wheel, the 43-year-old driver is thanking those who have been by his side during his NASCAR journey, especially the loyal members of “Jr. Nation.” In an emotional commercial produced by Mountain Dew, Earnhardt thanks his fans for their loyalty over the course of his career.

The commercial features clips of incredible moments captured throughout the legendary driver’s career. Midway through the commercial, the driver bids an emotional farewell to his fans as well as his career.

“The friendships that I’ve made will live beyond the time spent in the garage together,” said Earnhardt. “To my fans, I don’t think that anything in my career has meant more to me than Jr. Nation. I hope you guys are as proud as I am.”

You can watch the emotional commercial below.