‘Dancing With The Stars’ Pro Gets Married In Beautiful Malibu Ceremony 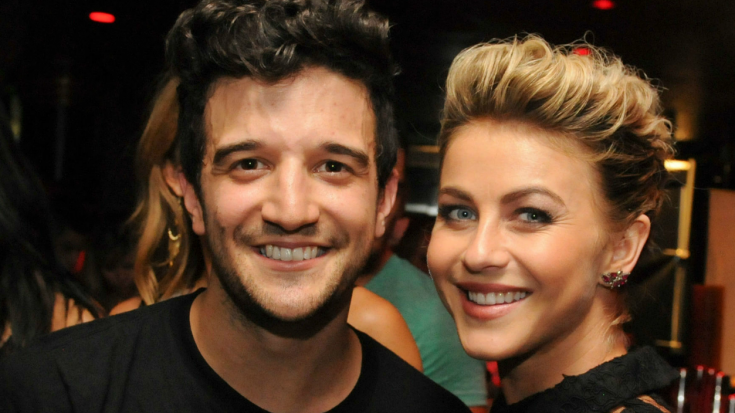 Mark Ballas, professional dancer and one of the stars of ABC’s Dancing With the Stars, married his longtime girlfriend BC Jean during an intimate ceremony on Saturday.

The wedding took place at Calamigos Ranch in Malibu, California, and was attended by many of the dancer’s fellow pros and former dance partners including Duck Dynasty‘s Sadie Robertson.

The new Mrs. Ballas looked stunning in a jeweled, off-the-shoulder gown and a beaded headpiece. The bridesmaids wore white gowns of varying designs. The groom and his groomsmen, including Derek Hough who served as his best man, donned dark blue tuxedos. Hough was joined by his famous sister Julianne at the wedding of their childhood friend, Mark, whose parents are former competitive ballroom dancers. Corky and Shirley Ballas both hold several international ballroom dance titles so it’s no surprise that they hit the dance floor during their son’s wedding reception to show off their moves.

Derek Hough shared a video of the couple’s dance on Instagram saying, “Shirley and Corky killing it like always. Gosh they r the freaking best!”

Derek and Julianne Hough have a long history with the Ballas family. When he was only 12, Derek moved to London to live and study with the dance coaches. Julianne joined him several months later. Julianne returned to the U.S. after 5 years, but Derek stayed for 10. During that time, the Ballases tutored the Hough children along with their own son, Mark.

In the years since, the Hough siblings and Mark Ballas have rocketed to fame as professional ballroom dancers on Dancing With the Stars.

Congratulations to Mark Ballas and his new wife! To see more photos from their wedding, click here.