Dancing With The Stars’ Sharna Burgess Is No Longer Single

By Jennifer Pernicano on April 14, 2017
Advertisement 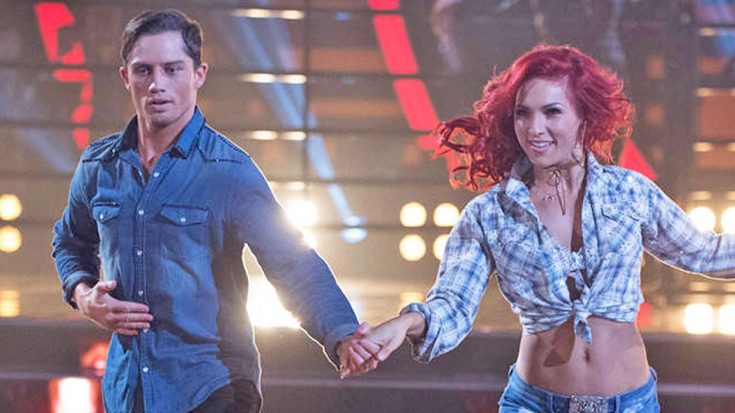 She has been tearing up the dance floor with her partner professional bull rider Bonner Bolton all season, sparking dating rumors from the very first episode, but the question of if their undeniable chemistry is taken off the dance floor has finally been answered.

Since the first episode of Dancing With The Stars Season 24, Bolton and Burgess have been interviewed and questioned countless times about their relationship status and all we’ve gotten is that they think very highly of one another and are just trying to advance in the competition.

Reports surfaced today that Burgess is no longer a single lady and is taking her romance public with her boyfriend, and unfortunately for all the DWTS fans out there, he isn’t Bolton.

E! News confirms that actor Pierson Fodé has won over the heart of Burgess and are a couple. He accompanied her to her former DWTS partner James Hinchcliffe’s IndyCar race, where they shared photos separately, but E! News reports that they were “acting affectionate like a couple there”.

Best of luck to one of my favorite people on the planet, my long lost brother and dear friend @hinchtown !! Crush it today at the #longbeachgrandprix2017 I'll be cheering you on from camera blocking ? #pasodoble ❤

Congrats to @hinchtown on his big win yesterday! Dudes a demon on wheels??#IndyCar Country fans may recognize him from Dan + Shay’s music video for their song “How Not To“. Watch it below.