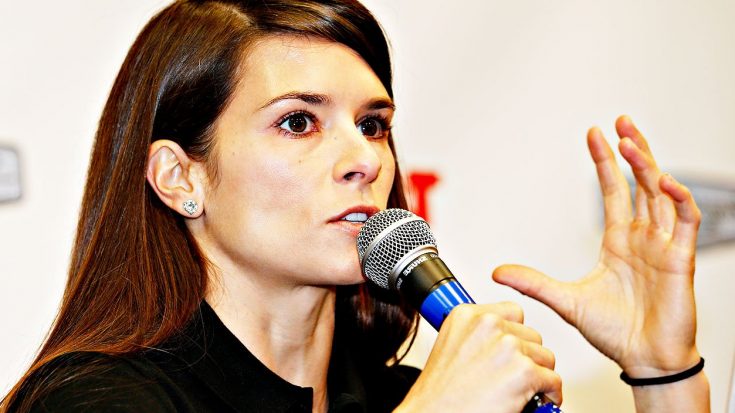 After a major sponsor lawsuit and the subsequent fallout, this NASCAR star was left without a team for 2018 – and that’s when many expected she’d make her long-awaited return to IndyCar.

Danica Patrick has suffered from some serious sponsor issues throughout the 2017 season, including a lawsuit between her former team, Stewart-Haas Racing, and baked snack goods company Nature’s Bakery. The $30 million lawsuit was filed after the sponsor yanked its support from Patrick’s car following a dispute over her representation of the brand.

After a successful career in IndyCar that ended in 2011, Patrick went full-time into NASCAR’s Cup Series division and gave it her all for the next six years. Sadly, she was not chosen for a contract renewal after losing the primary sponsor, and she explained on social media that she was not going to be a part of Stewart-Haas Racing next year.

In a new interview with Motorsport.com, Patrick addressed the rumors of her return to IndyCar straight-on and revealed exactly what she was looking forward to in her future of racing.

“My life changes in ways that I wouldn’t expect it every couple of years,” she said to the auto news outlet. “You just can’t cross off anything on the list completely.”

To that tune, the 35-year-old racing star and fitness guru explained that her sights are not set on IndyCar, but rather getting picked up on another NASCAR team – however, she didn’t rule out the idea entirely.

“No. I’m not planning on anything, going back to IndyCar. Never say never as I’ve said for many years because I’m getting so old and I know things can change.”

Patrick competed in IndyCar for almost the same amount of time she’s been in NASCAR’s top division, and without having a spot lined up for 2018, it wouldn’t be a hard transition for her to return, but right now she says she’s looking forward to trying to win a NASCAR race and take home a win in the open-wheel series.

The well-known female driver admitted that she has had recent talks with several teams, but “not a ton” and said that she’ll let her business people handle all the decisions related to that and “have those conversations and figure out what options are out there.”

What do you think about Danica Patrick returning to IndyCar? Should she just focus on finding another team in NASCAR? Let us know in the comments.