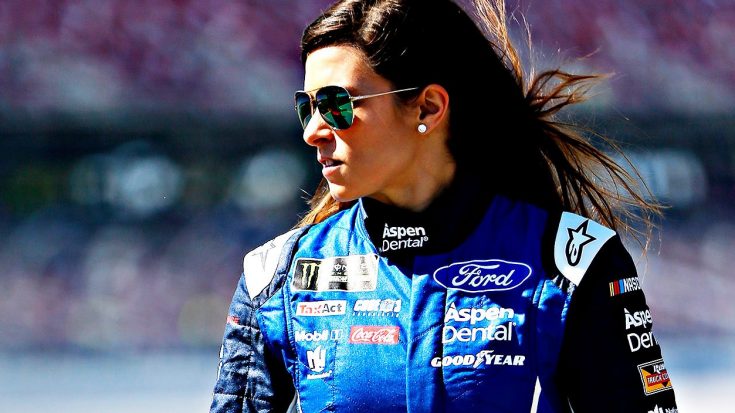 Sweeping sports media outlets like wildfire this afternoon, a statement from the longtime NASCAR driver has everyone talking.

One of the most-visible and well-known drivers in the history of NASCAR, Danica Patrick has truly championed her career as both a face of the sport and built her own brand as an athlete.

In recent years, though, Patrick hasn’t maintained the level of performance many analysts and industry veterans expected of someone to stay with her longtime team, Stewart-Haas Racing. In the last two seasons, many have expected her to get the boot based on performance, with heaps of others advising that would be a poor business move for the team because of her immense popularity and recognition.

Now, the driver has released a statement explaining why she will no longer be racing with SHR during the 2018 season and opened up about her future. The statement comes just hours after a major NASCAR sponsor revealed it was jumping ship from Richard Petty Motorsports and inked a new deal with SHR.

“It has been my honor to drive for Tony Stewart, Gene Haas and everyone at Stewart-Haas Racing for the past six seasons,” Patrick says in her statement. “Together we earned a Daytona 500 pole, seven top-10 finishes and we also had some exciting racing along the way. My time driving for them, however, has come to an end due to a new sponsorship arrangement in 2018. Sponsorship plays a vital role in our sport, and I have been very fortunate over the course of my career, but this year threw us for a curve. Our amazing partners, such as Aspen Dental and Code 3, stepped up in a big way on short notice this year and I am incredibly grateful.”

Patrick suffered from significant sponsorship struggles about halfway through the 2017 season when her three-year deal with Nature’s Bakery came to a screeching halt. The company accused her of promoting another brand’s product and backed out of their agreement with SHR. Her team then sued the snack maker for more than $30 million. In a last-minute settlement conference, the two came to a mutually-satisfactory arrangement and Nature’s Bakery continued to be a part-time sponsor for Patrick.

With Stewart-Haas Racing picking up a new sponsor and driver for 2018, there was no more room for Patrick on their roster and the tough calls had to be made. Regarding her future, Patrick says that her main focus is finishing 2017 as strong as possible and says she “feels confident about [her] future”.

Read her full statement below and let us know what you think of SHR replacing her in the comments.