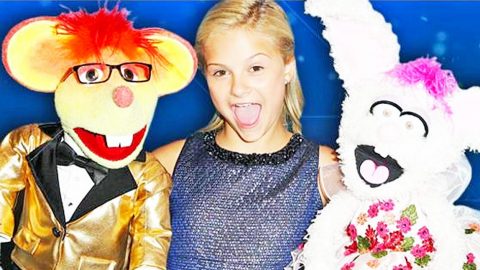 This summer, America fell in love with then 12-year-old Darci Lynne Farmer from the second she stepped up to audition for America’s Got Talent. During her audition, Darci impressed the judges and viewers with her command of ventriloquism and her remarkable singing voice.

Judge Mel B hit the golden buzzer for Darci, which sent her straight to the quarterfinals without fear of elimination. After that, Darci continued to amaze with her performances and introduced a number of her puppet friends to the world.

During the finale, it came as no surprise when Darci was named as the winner of the season. At 12 years old, Darci became the youngest person to ever win America’s Got Talent.

Part of Darci’s prize for winning the show was a headlining gig at the Planet Hollywood hotel and casino in Las Vegas. After performing three shows there, Darci announced her plans to embark on a nationwide tour in 2018.

Originally, only five show dates were named for the Darci and Lynne and Friends Live tour, with the shows being scheduled in January and February. But now fans of Darci have even more opportunities to see her and her puppets, as she recently revealed a batch of new show dates.

On Monday (January 8), Darci shared that she has added ten new dates to her tour. All of her shows take place on weekends, since she is still in school.

The dates range from March to May, and include stops in cities such as Columbus, Ohio and Orlando, Florida.

Exciting news! More cities have been added to my Darci and Friends Live Tour, hopefully we will be at a city near you. Comment if you can make it! https://t.co/1gPY56UpA9 pic.twitter.com/UG0zvg6tLw

One of the new gigs that Darci scored is quite sensational, especially to fans of country music. Now 13 years old, Darci will be making her debut at the famed Ryman Auditorium in Nashville, Tennessee, on March 10. This is notable news, since many dream of being able to perform at the Ryman.

The Tennessean confirmed the news of Darci’s Ryman debut, stating that tickets for the show will go on sale at 10 AM on Friday (January 12). The ticket prices are $29.75 and $49.75.

Knowing how successful her Vegas shows were, we fully expect Darci’s Ryman performance to be just as good! We wish her the best of luck as she continues on her tour!